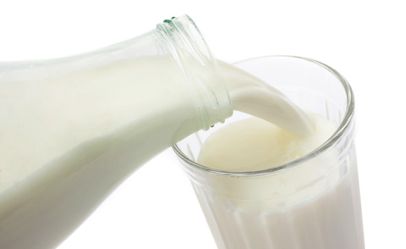 It seems like common sense to want to avoid foodborne illnesses but the naturalistic fallacy regarding food has extended to milk – with claims that raw milk somehow wards off disease and is better for you.

While no one should drink it if they aren’t absolutely sure how it was produced, like cigarettes, raw milk should especially be avoided by pregnant woman and kids.

Raw milk and milk products from cows, goats, and sheep can transmit life-threatening bacterial infections, yet sales are still legal in at least 30 states. In a new policy statement, the American Academy of Pediatrics (AAP) advises pregnant women, infants and children to consume only pasteurized milk, cheese and other milk products, and supports a ban on the sale of raw milk in the U.S.

The policy statement, “Consumption of Raw or UnpasteurizedMilk and Milk Products by Pregnant Women and Children,” published in the January 2014 Pediatrics (released online Dec. 16), reviews evidence of the risks of consuming unpasteurized milk and milk products in the U.S., especially among pregnant women, infants, and children.
“Given the progress we have made in prevention, there is no reason to risk consuming raw milk in this day and age,” said Jatinder Bhatia, MD, FAAP, a co-author of the policy statement. “Consumption of raw milk products is especially risky for pregnant women, infants, immunocompromised individuals, and the elderly, and the evidence overwhelmingly establishes the benefits of pasteurization on food safety.”

Efforts to limit the sale of raw milk products have been opposed by people who claim there are health benefits from natural factors in milk that are inactivated by pasteurization. However, the benefits of these natural elements have not been clearly demonstrated in scientific research. Numerous data show pasteurized milk provides the same nutritional benefits as raw milk, without the risk of deadly infections including Listeria, Campylobacter, Salmonella, Brucella and E. coli.

“Consumption of raw milk or milk products can result in severe and life-threatening illnesses such as miscarriage and stillbirths in pregnant women, and meningitis and blood-borne infections in both young infants and pregnant women,” said Yvonne Maldonado, MD, FAAP, the lead author of the policy statement. “Before pasteurization of milk began in the United States in the 1920s, consumption of raw dairy products accounted for a significant proportion of foodborne illnesses among Americans, and resulted in hundreds of outbreaks of tuberculosis and other serious infections.”
Today, an estimated 1 percent to 3 percent of all dairy products consumed in the U.S. are not pasteurized. From 1998 to 2009, consumption of raw milk products in the U.S. resulted in 1,837 illnesses, 195 hospitalizations, 93 illness outbreaks, and two deaths. The risks involved with infections due to consuming raw milk are particularly high for pregnant women and their fetuses, as well as for young children.

“Raw milk poses a significant health risk, since the process of obtaining fresh milk from cows and goats can be fraught with risks of contamination both while milking the animals and during storage,” said Mary Glodé, MD, FAAP, a co-author of the policy statement. “Pasteurized milk and milk products are extraordinarily healthy, nutritious and safe for children. We are fortunate to have pasteurized products easily available for our entire population.”

The AAP supports the position of the U.S. Food and Drug Administration and other national and international associations in endorsing the consumption of only pasteurized milk and milk products for pregnant women, infants, and children. The AAP also endorses a ban on the sale of raw or unpasteurized milk or milk products in the U.S., including certain raw milk cheeses. Pediatricians are encouraged to advocate for more restrictive laws regarding the sale and distribution of raw milk and raw dairy products.

Web articles – via partners/network co-ordinators. This website and its contents are the exclusive property of ANGA Media Corporation . We appreciate your feedback and respond to every request. Please fill in the form or send us email to: [email protected]
Previous: O.J. Mayo’s new $2M Milwaukee home (PHOTO)
Next: Famous inventions : Sara Blakely of Spanx, Smooth Operator