Home » Movies - Series » True Blood Trailer: ‘There Is a Purpose for Everything’ (Video) 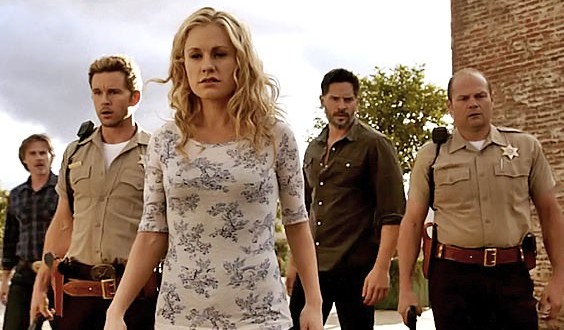 True Blood Trailer 'There Is a Purpose for Everything'

True Blood Trailer: ‘There Is a Purpose for Everything’ (Video)

There’s only one more season to go of the series that started the hunky shirtless vampire and werewolf and hybrid-werewolf-vampire and shapeshifter and quarter-vampire and werepanther trend, and it may be saving its craziest stuff for last.

HBO’s True Blood returns for its seventh and final season on Sunday June 22, and to stoke your excitement, the network has released the first official trailer for the season:

The trailer shows the return of Sookie’s departed Gran (Lois Smith), but no sign of Eric (Alexander Skarsgard), last seen bursting into flames on a Scandinavian mountaintop after Warlow’s death ended daywalking for vamps.

“As we take a final walk through Bon Temps together,” showrunner Bryan Bucker says, “we will do our very best to bring Sookie’s story to a close with heart, imagination and, of course, fun.”

Web articles – via partners/network co-ordinators. This website and its contents are the exclusive property of ANGA Media Corporation . We appreciate your feedback and respond to every request. Please fill in the form or send us email to: [email protected]
Previous: Burned bread crumbs send plane back to Boston
Next: No link between autism and vaccination: new study says