Home » Movies - Series » ‘The Mermaid’: China’s hottest film ever is about mermaids “Video” 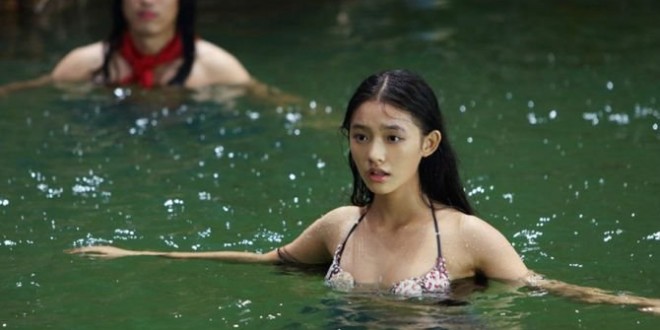 'The Mermaid', China's Biggest Movie Ever, Will Hit $400 million At Weekend

‘The Mermaid’: China’s hottest film ever is about mermaids “Video”

“The Mermaid” surpassed last summer’s “Monster Hunt” as the biggest-grossing movie ever in China, where box-office revenue is surging almost 40 percent a year.

“The Mermaid” broke a previous record of 2.44 billion yuan held by another domestic movie, “Monster Hunt,” to top the league table of Chinese box office, according to statistics from the State Administration of Press, Publication, Radio, Film and Television.

A total of 3.6 billion yuan of box office revenue was generated in Chinese market from Feb. 8 to Feb. 14, which covered the Lunar New Year holiday the Valentine’s Day, and about 100 million visits to movie theaters had been recorded during the period.

Tagged with: The Mermaid

Web articles – via partners/network co-ordinators. This website and its contents are the exclusive property of ANGA Media Corporation . We appreciate your feedback and respond to every request. Please fill in the form or send us email to: [email protected]
Previous: Samsung’s New Car Dongle Adds LTE Connections ‘Report’
Next: Astronauts are trying Microsoft HoloLens in space (Photo)