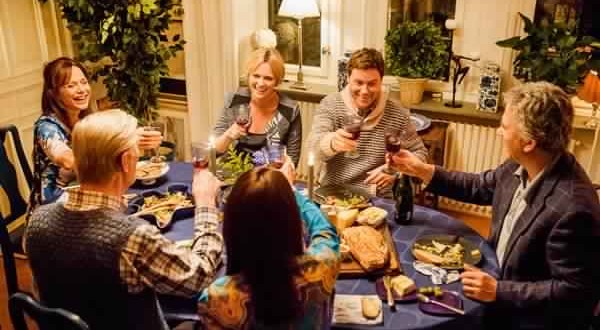 Greg, who also created the series, announced the cancellation in a lengthy, humorous message on Instagram. “Holy s**t. What a ride! Due to some craptastically low ratings in the US, WTS is officially done. I am eternally grateful to all of our fans,” he began writing.

“I’m sitting here crying, but mostly because I’ll prob never work with Josephine, Christopher, Lena, Per and Claes again,” he added, praising his co-stars Josephine Bornebusch, Christopher Wagelin, Lena Olin, Per Svensson and Claes Mansson. “They are among the best people I’ve ever met and I am so so happy and grateful that they let me act with them.”

He went on reminding viewers that they can watch the remainder of the episodes on which Paul Simon, Jack Black, Neve Campbell and Aubrey Plaza are set to guest star. “So please PLEASE watch them. I think they are great,” he said, before concluding it, “Toward the end, I finally figured out what I was doing. Worry not. The best is yet to come. For me and for you.”

“Welcome to Sweden” centers on Bruce Evans (Greg), an American accountant who quits his job to move with his girlfriend to her native country of Sweden. Amy recurs as herself on the comedy series, which was filmed in Sweden.

Web articles – via partners/network co-ordinators. This website and its contents are the exclusive property of ANGA Media Corporation . We appreciate your feedback and respond to every request. Please fill in the form or send us email to: [email protected]
Previous: Walter Palmer: American who killed Cecil the lion closes Minnesota dental practice “Video”
Next: Leah Messer Spanking : Teen Mom 2’s Spanks Daughter After She Throws A Temper Tantrum