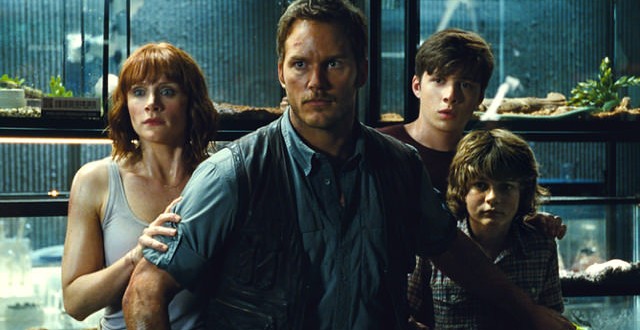 Jurassic World on Saturday became the fourth film to cross the $1bn international box office barrier as it reached $1.003bn.

“When we opened the film, we never expected to get to $1 billion but we knew we had the goods along with tremendous support from marketing and filmmakers who gave us everything,” Duncan Clark, president of distribution for Universal Pictures International, told Variety. “It became a movie for teens and the entire family in every country.”

Universal also announced today that it has grossed $6.043B ($3.886B internationally and $2.157B stateside) at the worldwide box office this year, becoming the first studio to ever reach the $6B milestone.

Located off the coast of Costa Rica, the Jurassic World luxury resort provides a habitat for an array of genetically engineered dinosaurs, including the vicious and intelligent Indominus rex. When the massive creature escapes, it sets off a chain reaction that causes the other dinos to run amok. Now, it’s up to a former military man and animal expert (Chris Pratt) to use his special skills to save two young brothers and the rest of the tourists from an all-out, prehistoric assault.

Jurassic World sequel is scheduled to open on June 22, 2018.

Web articles – via partners/network co-ordinators. This website and its contents are the exclusive property of ANGA Media Corporation . We appreciate your feedback and respond to every request. Please fill in the form or send us email to: [email protected]
Previous: Judge Vance Day says he won’t perform “same-sex marriages”
Next: Entangled blue whale spotted off southern California coast; rescuers keeping watch