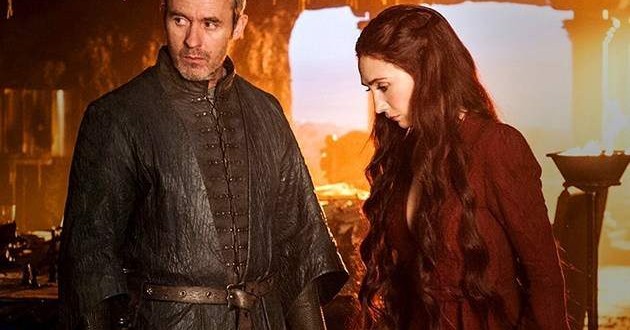 It’s the most wonderful time of the year! No, we’re not referring to the holidays — we’re actually talking about the Season 4 premiere of Game of Thrones! That’s right; in just a few months (in March, to be exact) our beloved fantasy series will be making its way back to the small screen. And you better believe we’ll be setting our iPhone alarms so we don’t miss its bloody return!

So what can we expect from GoT when Emilia Clarke, Peter Dinklage, and the rest of the surviving cast return for Season 4? Well, according to Lena Headey who plays Cersei, the mother of tyrant King Jeoffrey, here’s what we can hope for when the premiere of GoT airs: “I’m just going to say, the stakes are higher than they ever have been,” Headey teased, resisting the urge to say too much. “And it’s getting better and better and better.”

Here are some of the highlights from Marshall’s recent interview, via WinterIsComing.net:

• The episode focuses on the battle for Castle Black and there are “three different battles going on at the same time in different places.”

• Approximately 200 extras were needed, plus a very large stunt crew, “including this amazing bunch of Hungarian stunt guys,” Marshall notes.

• In addition to the preexisting Castle Black set at Magheramorne
Quarry, GoT partially built another within the Paint Hall for the top of the Wall, taking up the entire studio. They needed to use the largest backdrop in Europe for the set.

• Expect to see “a few beheadings in there,” according to the director. “And yeah, we got to blow some people up, set people on fire and do quite a few high falls.”

Are you excited for Game of Thrones season 4? We still have to wait a few months until the show returns to our televisions, but it appears that the wait will be well worth it.

Web articles – via partners/network co-ordinators. This website and its contents are the exclusive property of ANGA Media Corporation . We appreciate your feedback and respond to every request. Please fill in the form or send us email to: [email protected]
Previous: Kate Moss’ Playboy Cover Is Here (PHOTO)
Next: Blizzard slams southern Alberta : schools closed, flights cancelled