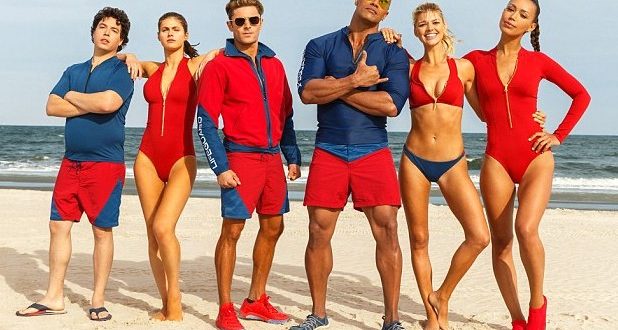 Priyanka in the film ‘Baywatch’ is given top billing second to Dwayne Johnson, and has some really steamy scenes with him.

The full trailer of the film, which is the newest edition of the 1989 series “Baywatch,” provides a sneak peek at the daily humorous lives of lifeguards of the Los Angeles County and their mission to reinstate the “Baywatch brand.” Matt Brody (Zac Efron), a two-time Olympic swimmer, enters the team and becomes its reckless rookie lifeguard.

As noticed by many, David Hasselhoff and Pamela Anderson, two of the original cast members, were not featured in the trailer, but are reported to make guest appearances in the film.

From 1989 to 2001, “Baywatch” became one of the most sought-after series in the US and overseas, Variety reported. With an estimated audience of 1 billion, the series spawned several spin-offs, such as “Baywatch Nights” and “Baywatch Hawaii.”

Web articles – via partners/network co-ordinators. This website and its contents are the exclusive property of ANGA Media Corporation . We appreciate your feedback and respond to every request. Please fill in the form or send us email to: [email protected]
Previous: New Spider-Man trailer reveals a new look and feel (Watch)
Next: Mummified Lithuanian child reveals ancient history of smallpox, Says New Study