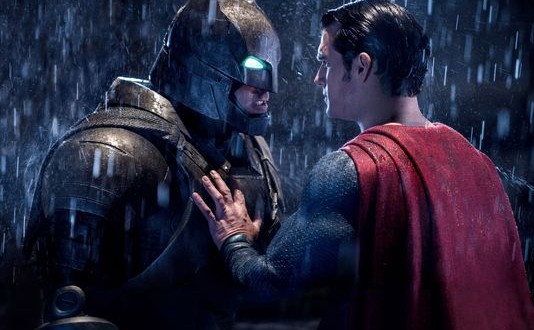 Despite several terrible reviews, Batman V Superman: Dawn of Justice has clobbered competition at the global box office and raked in US$424 million over its opening weekend.

The Hunger Games previously held the record with its $152.5 million when it opened back in March 2012. But that’s not the only record Snyder’s film broke — with the widest pre-summer release on record, Batman v Superman also had the biggest pre-summer opening (another record that belonged to The Hunger Games), the biggest Easter weekend opening (besting Furious 7), and the biggest superhero movie opening for Warner Bros. (previously held by The Dark Knight Rises).

In addition, Batman v Superman had the highest-grossing opening weekend in WB history, beating out Harry Potter and the Deathly Hallows Part 2’s opening of $169.2 million in 2011.

Add to that the $254 million the film generated on an additional 40,000 screens worldwide, and the global gross is $424 million — which is the biggest superhero movie opening ever.

$424 million is a lot, even by Bruce Wayne’s standards, but the question remains: Can Batman v Superman reach $1 billion? Snyder’s film has already made a ton of money, but it also cost a ton of money to make, with a reported budget of $250 million before marketing costs. And there have been a lot of marketing costs, as WB has been teasing the film out for over two years now.

Reports indicate that Batman v Superman needs to make $1 billion to be considered successful, making its second weekend in theaters crucial in determining the viability of Snyder and WB’s DC movie universe. With a current Rotten Tomatoes score of 29 percent, reviews have been mostly negative, and though film critics clearly had no real effect on the box office, the negative word-of-mouth from general audiences could result in a sizable drop next weekend.

The audience score for Batman v Superman on Rotten Tomatoes is 73 percent, which seems okay — but when you examine audience reactions to other recent superhero films, the continued success of Batman v Superman becomes more uncertain. Deadpool received a 92 percent approval rating, while Avengers: Age of Ultron came in at 84 percent.

Web articles – via partners/network co-ordinators. This website and its contents are the exclusive property of ANGA Media Corporation . We appreciate your feedback and respond to every request. Please fill in the form or send us email to: [email protected]
Previous: High-Protein Weight Loss Diet Aids Sleep, New Study Says
Next: Taliban attack on Pakistan park kills 72