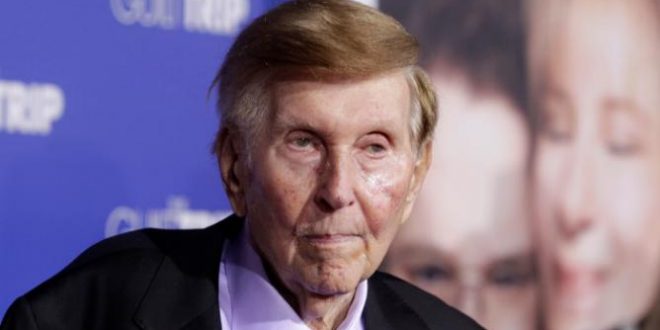 The outcome will have implications far beyond the small Los Angeles courtroom where the trial will examine Redstone’s mind and the inner workings of his mansion in recent months. The 92-year-old through his company National Amusements controls CBS Corp. and Viacom Inc., whose holdings including Paramount Pictures and numerous television networks, including CBS, MTV, VH1 and Comedy Central.

For months, a battle has raged between attorneys for Redstone and his ex-girlfriend and longtime companion, Manuela Herzer. Herzer was stripped of her authority to make medical decisions for Redstone in October and expelled from his mansion, and has since called into question whether he knowingly kicked her out.

Redstone gave sworn testimony at his home Thursday in a videotaped session that will be played at the outset of Friday’s trial. Attorneys said it went smoothly, although a lawyer for Herzer later said it did not last the full 30 minutes that was allotted.

The trial will focus on whether Redstone was of sound mind when he approved removing Herzer from his life. If a judge rules he was incompetent at the time, or made the decision because of undue influence, several subsequent decisions about his estate would also be invalidated.

Redstone’s lawyers contend Herzer is motivated by money and upset that she has been cut off from him. In a filing Thursday, Redstone’s lawyers state Herzer and another Redstone ex-girlfriend, Sydney Holland, received $150 million of Redstone’s money between 2010 and 2015.

The financial details and whether Herzer repeatedly lied to Redstone will be a factor in the trial, Los Angeles Superior Court Judge David J. Cowan ruled Thursday.

Since Herzer began her court fight in late November, Redstone has stepped down as executive chairman of both CBS and Viacom. Shareholders have sued over stock prices, which have fallen at both companies in the past year. Viacom’s losses have been much greater, with its shares down 40 percent from a year ago.

After Redstone’s death, his National Amusements interests will transfer to a trust that includes daughter Shari Redstone and Viacom CEO Philippe Dauman. Both have become involved in the competency case, although Dauman is not expected to testify in person, and both have been vying for control of the trust after Redstone’s death.

The trial, which could last seven days, will feature testimony from Herzer; Shari Redstone, who has had a strained relationship with her father over the years; and Redstone’s nurses, doctors and several medical experts.

Redstone, too, will be seen and heard, but only to lawyers and the judge deciding the case.

Citing medical privacy concerns, Cowan ruled Monday that Redstone will should give 30 minutes of sworn testimony, and video of the session will be played early in the trial in a closed session.

“It is essential that the court see and hear from Redstone himself to make a fully informed decision,” Cowan wrote in Monday’s ruling.

The mogul’s attorneys have said despite his difficulty communicating verbally, Redstone can still articulate his wishes and has been involved in business decisions and who will handle his medical care.

Redstone’s attorneys have fought efforts to have him give testimony in the case.

Herzer’s lawyers contend Redstone is being manipulated by one of his nurses, Shari Redstone and others. Redstone’s lawyers however contend Herzer was kicked out of Redstone’s home after lying to him, and before her expulsion she went on a spending spree in the weeks before their friendship ended.

Herzer’s attorney Pierce O’Donnell said Monday that Redstone has severe mental capacity issues, and he believes he can demonstrate that to the court in the 15 minutes of questioning he has been allotted.

“We believe this trial will be classic drama of what happens to elderly persons of great financial means when they’re no longer able to protect themselves,” O’Donnell said after a recent hearing.

“But for the stress that this litigation is causing him and notwithstanding his well-known physical ailments, Mr. Redstone is doing well,” his attorneys wrote in a trial brief Thursday.

Redstone’s attorney Gabrielle Vidal has accused Herzer of filing the case to try to get more money from the mogul, and cited filings that have detailed Redstone’s sexual appetite and other embarrassing details as proof that she does not have his best interests in mind.

“Ms. Herzer’s eagerness to subject a 92-year old man with a severe speech impairment to these intrusive proceedings is offensive,” Vidal wrote in a statement last month. Vidal has said Herzer “refuses to acknowledge that Mr. Redstone does not want her in his life.”

O’Donnell has denied Herzer is motivated by money, and has said she wants to protect Redstone’s wellbeing.

Cowan, for his part, has said even if Herzer proves Redstone is mentally incapacitated, it does not necessarily mean she will be allowed back into his home.

Todd W. Bonder, a Beverly Hills attorney who handles probate and intellectual matters but is not working on the Redstone case, said the mogul’s testimony will be crucial to Cowan and help him decide which medical experts to believe.

Court fights over a person’s mental capacity are common, but they don’t typically receive much attention.

“Often with estate matters, there are people who are perceived as winners and losers,” Bonder said. “Often family members don’t like to be losers — rightly so in certain circumstances.”

Web articles – via partners/network co-ordinators. This website and its contents are the exclusive property of ANGA Media Corporation . We appreciate your feedback and respond to every request. Please fill in the form or send us email to: [email protected]
Previous: Las Vegas Shooting: Two people killed in front of children’s center
Next: Six More Inducted Into Video Game Hall of Fame