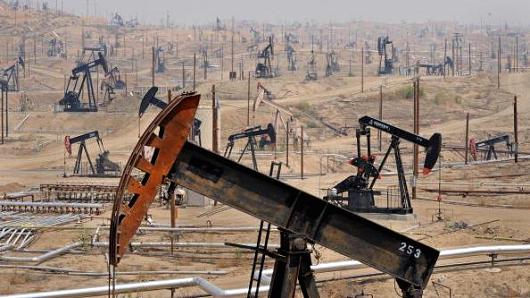 Despite the gain, oil prices were poised to end the week down with significant losses. But WTI settled up more than 12 percent, for the best one-day gain since February 2009, when WTI gained 14 percent.

It was a rally from a 13-year low the previous day.

Oil prices had already been higher but pushed to larger gains after the Baker Hughes weekly survey showed that U.S. weekly oil rigs had declined by 28 rigs to 439.

Prices have been rising since late trading on Thursday after The Wall Street Journal posted translated comments from the United Arab Emirates’ energy minister about whether OPEC members are more open to cutting output. The minister said they are “ready to cooperate,” though he also said other countries must participate, too. That has yet to happen, despite increasing talk of it in recent month.

However there are still many that continue to be skeptical about the chances of any agreement.

“We view this as further jawboning, with the likelihood of a coordinated response on supply cuts very low,” ANZ Bank said in a report.

Web articles – via partners/network co-ordinators. This website and its contents are the exclusive property of ANGA Media Corporation . We appreciate your feedback and respond to every request. Please fill in the form or send us email to: [email protected]
Previous: Gastornis: Giant, flightless bird wandered the Arctic 50 million years ago
Next: MyShake: App that turns smartphones into earthquake detectors