Home » Money » What makes a city a good place to live 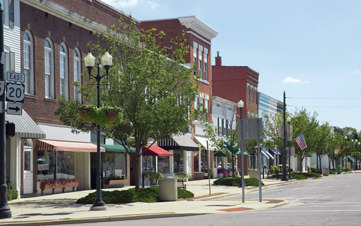 What makes a city a good place to live

What makes a city a good place to live

Cities are for all people. Public places are where all can share in the good of the city. A cities public space should make all the people that live in the city happy. Making people happy requires that they have dignity, are treated equally, and have hope. That is what Enrique Penalosa did as mayor in Bogota Columbia.quick payday loans with small commissions

Cities are for all people. Public places are where all can share in the good of the city. A cities public space should make all the people that live in the city happy. Making people happy requires that they have dignity, are treated equally, and have hope. That is what Enrique Penalosa did as mayor in Bogota Columbia to make it a good city.

How did Penalosa make it work in one of the most dangerous cities in the world? He decided the people must have equal rights to public space and certainly as much right as did cars. Rather than accepting an expensive highway and rail transit systems that were being proposed he chose buses because they were the most cost effective and flexible option for poorer people. He made the buses like rail transit systems in that they had some dedicated space on the roads and the doors opened and closed at protected station platforms allowing for rapid access. Poorer people tend to walk and ride bicycles more as they can’t afford cars so pedestrian and bicycle roads were constructed putting these modes of transportation on an equal footing with cars. The transit system he created reduced travel times by 32 percent, traffic accidents by 80 percent and crime by 50 percent in a city of 8.2 million largely poor people.

In his three-year term, besides a beautiful library system expansion, improved schools for the poor (he provided the poor areas with private school levels of eduction), increasing public school enrollment by 34 percent, his great achievement was transportation. Normally as a city develops transportation becomes the one area where things always get worse as more money is spent on roads and highways. Rather the waste precious financial resources on these services for the wealthy, he made these resources go much further for everyone by creating TransMilenio (the name of the bus system which in the name itself is designed to make people feel dignity when they ride it). For bicycles he created the 300-kilometre CicloRuta, now the longest bike lane network in the developing world.

Where did he get some of these brilliant ideas? While a poor student paying his way through school in Paris, he worked as a dishwasher. Despite being very poor in Paris he realized that he could be very happy because of the beautiful public spaces and focus on people instead of cars. People have been the focus of great cities for 5000 years. It is only in the last eighty or so years that that focus has switched to cars. The simple answer to a good city is to return the focus to people, especially the poorer people. That changes everything. You create a vision based on the right values of a good city for the poorest people, providing equal access to essential services like walking, transit buses, libraries, sidewalks, and schools. This makes all people equally happy. With dignity and happiness all take pride in their city, in their public spaces. The streets come alive and people enjoy the outdoors together

Web articles – via partners/network co-ordinators. This website and its contents are the exclusive property of ANGA Media Corporation . We appreciate your feedback and respond to every request. Please fill in the form or send us email to: [email protected]
Previous: New X-Men: Days of Future Past Teaser footage (Video)
Next: ‘Octomom’ Nadya Suleman Appears In Court