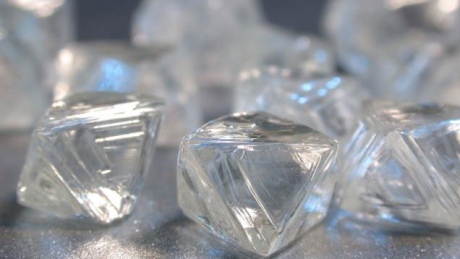 Very small diamonds have been discovered in Manitoba, a first for the province, says a Winnipeg geologist.

“Our government has taken the necessary steps to implement a long-term vision for sustainable growth and attraction of investment, and we are working toward the completion of a renewed Duty to Consult framework which will foster a positive relationship between the Crown and indigenous peoples,” said Growth, Enterprise and Trade Minister Cliff Cullen.

Earlier findings in the Fraser Institute’s 2016 Annual Survey of Mining Companies recognized Manitoba as the second-most attractive jurisdiction in the world for mining investment.

Web articles – via partners/network co-ordinators. This website and its contents are the exclusive property of ANGA Media Corporation . We appreciate your feedback and respond to every request. Please fill in the form or send us email to: [email protected]
Previous: Sex might make you happier at work, says new research
Next: YouTuber spots UFO ‘megaship’ on NASA’s live footage (Video)