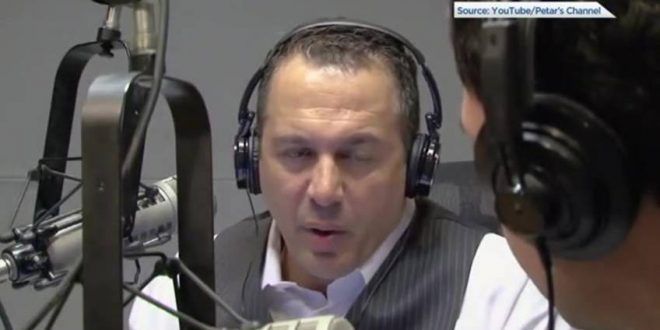 A 54-year-old Toronto real estate broker has been identified by police as the man shot and killed inside a restaurant in the city’s Entertainment District on Saturday night.

Police say Giannini was gunned down shortly before 9 p.m. inside Michael’s on Simcoe, a steakhouse located in the area of Simcoe and Adelaide streets.

Paramedics arrived to find the victim absent vital signs. They attempted to revive him at the scene before he was transported to a nearby trauma centre, where he succumbed to his injuries.

Police say they are looking for a lone suspect, who fled the scene in a white SUV heading westbound along Pearl Street. He’s described as male wearing a grey or dark hooded top, jogging pants and was armed with a handgun.

Det. Shannon Dawson said Sunday morning the shooting appears to have been targeted but had no reason for a motive at this time. She added there was nothing to indicate that the shooting was linked to organized crime.

Police are asking anyone who may have been at the restaurant and did not have a chance to speak to police to contact them.

“I’m sure it was very frightening for the customers at the restaurant and that’s why we think many of them may have fled very quickly and perhaps those people haven’t had a chance to speak to us,” said Dawson.

Web articles – via partners/network co-ordinators. This website and its contents are the exclusive property of ANGA Media Corporation . We appreciate your feedback and respond to every request. Please fill in the form or send us email to: [email protected]
Previous: Experts identify new “top predator” prehistoric crocodile
Next: The world may end later this month, Christian numerologists claim