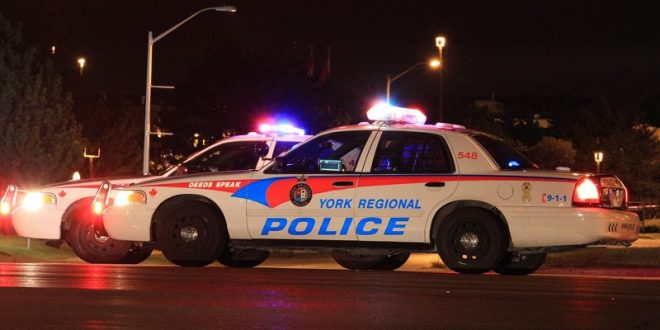 Police are searching for a male suspect after three people were wounded in a shooting outside a Woodbridge, Ont., lounge late Monday night.

Officers were called to the venue on Highway 7, east of Pine Valley Drive at around 11:30 p.m., York Regional Police said.

The shooting is believed to have taken place inside the lounge, police said.

Officers are on the lookout for a suspect who fled the scene, but no description was immediately available.

Police say they believe the shooting was targeted and there is no risk to public safety.

Web articles – via partners/network co-ordinators. This website and its contents are the exclusive property of ANGA Media Corporation . We appreciate your feedback and respond to every request. Please fill in the form or send us email to: [email protected]
Previous: Joe Howlett: Canadian Fisherman Killed by Whale He Rescued
Next: “Albertavenator curriei” New species of bird-like dinosaur discovered