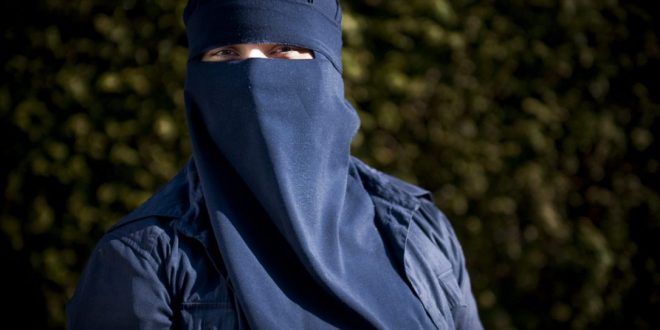 The law bans the wearing of face-coverings for people giving or receiving public services. It also offers a framework advising authorities how to grant accommodation requests based on religious beliefs.

It applies to bureaucrats, police officers, teachers and bus drivers, as well as doctors, midwives and dentists who work in publicly-funded hospitals or clinics.

The bill did not mention specific clothing but reports indicate it will prohibit the wearing of the burka and niqab in interactions with the state.

“The principle to which I think a vast majority of Canadians by the way, not only Quebecers, would agree upon is that public services should be given and received with an open face,” Premier Philippe Couillard said. “I speak to you, you speak to me. I see your face. You see mine. As simple as that.”

Couillard said he expected some people to challenge the law, but defended it as necessary to enable easier communication, identification and security.

The majority of the face-covering provisions will take effect immediately, although guidelines on how to apply the law – for example criteria on reasonable accommodation – will be phased in by the end of June 2018 after consultations.
Provisions for daycare workers will start next summer, in order to allow educators to be trained in the meantime, Quebec Justice Minister Stephanie Vallee said.

Since April 2011, it has been illegal to wear a face-covering veil or other masks in public places in France.

French-speaking Quebec has struggled to reconcile its secular identity with a growing Muslim population.

Incidents of Islamophobia have increased in Quebec in recent years. In January, six people were killed in a shooting at a Quebec City mosque. A French-Canadian university student has been charged as the sole suspect.

France, Belgium, the Netherlands, Bulgaria and the German state of Bavaria have imposed restrictions on the wearing of full-face veils in public places, with Denmark to set to come up with a ban. Turkey, meanwhile, has been less restrictive.

Asked in the Canadian federal parliament if he would challenge the law, Prime Minister Justin Trudeau – who represents a Montreal district – said he would “continue to ensure all Canadians are protected by the country’s charter of rights and freedoms, while respecting the choices that different legislative assemblies can make.”

Quebec’s two main opposition parties opposed the bill arguing it doesn’t go far enough in restricting the presence of all religious symbols in the public sphere.

Advocacy groups and academics also condemned the bill, with the National Council of Canadian Muslims saying it was “studying its options” with regard to a possible court challenge. The council said in a statement the law “boils down to ugly identity politics” ahead of a general election in Quebec next year.

The attorney general of Ontario province, Yasir Naqvi, said his province didn’t plan any similar measure and criticized Quebec’s action. “We respect people’s right to express their religious beliefs and we disagree with the law Quebec has brought in and we will never introduce such a law in Ontario,” Naqvi said.

Web articles – via partners/network co-ordinators. This website and its contents are the exclusive property of ANGA Media Corporation . We appreciate your feedback and respond to every request. Please fill in the form or send us email to: [email protected]
Previous: Scientists develop new obesity treatment that lowers body weight
Next: Titanic letter up for auction