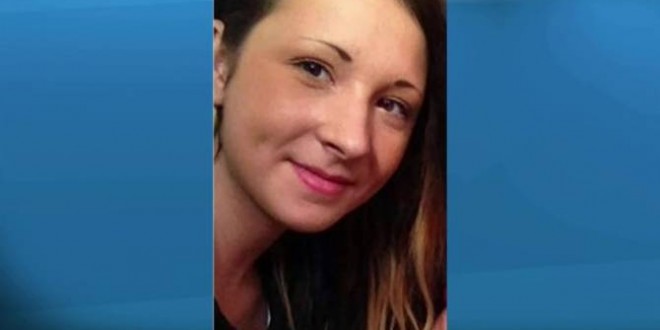 The RCMP have released a video in an effort to track down a Moncton woman wanted for first-degree murder and arson.

In the video, RCMP re-iterate that 20-year-old Marissa Shephard is known to change her looks, and asks the public to closely examine photos of her that are on social media.

“We know she is capable of changing her looks, and could be just about anywhere,” Jamie George of the Codiac Regional RCMP said.

Shephard is a described as white, 5’5″, with brown hair and brown eyes. She also has two tattoos: one is a crown on her chest, the other is the name “Stephen” on the back of her neck.

Wylie was found dead following a fire at a Moncton triplex in December. He was 18 years old.

Shephard was initially wanted for arrest alongside 18-year-old Tyler Noel, who was caught earlier this month.

Another suspect, 18-year-old Devin Morningstar, was arrested and charged with first-degree murder after the fire.

RCMP are offering an award of up to $2,000 for any information that leads to her arrest.

Web articles – via partners/network co-ordinators. This website and its contents are the exclusive property of ANGA Media Corporation . We appreciate your feedback and respond to every request. Please fill in the form or send us email to: [email protected]
Previous: Guadalupe fur seal rescued off Vancouver Island dies
Next: Legal pot revenue could reach $5 billion a year, bank economist