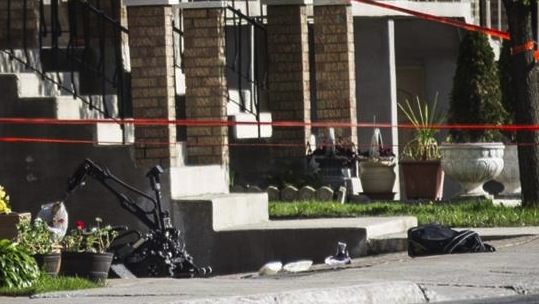 After a 15-hour operation, the Montreal police bomb squad has removed and neutralized 19 IEDs found Saturday in a residential district of Ahuntsic -Cartierville.

Fifty homes were evacuated for part of the operation, and families had to spend the night away from their homes while police investigated the scene. Some were taken in by the Red Cross, while others spent the night with family and friends.

Delorme said the suspect, who was arrested Saturday morning at a separate downtown location, allegedly acted alone and may have some form of mental health issue. He lived in the triplex with his family.

The suspect will appear in court on Monday, although it is not clear if the man will face charges, or what those charges will be.

Web articles – via partners/network co-ordinators. This website and its contents are the exclusive property of ANGA Media Corporation . We appreciate your feedback and respond to every request. Please fill in the form or send us email to: [email protected]
Previous: Surfing Model Jill Hansen charged with attempted murder (Video)
Next: Jacob Lavoro : Texas man facing possible life sentence for pot brownies