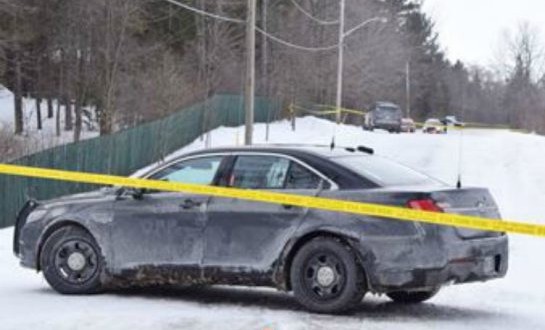 A town councillor and a second man are dead and the councillor’s daughter seriously injured after a shooting at the politician’s home in a small community outside Ottawa.

Provincial police officers were called to the home around 7:30 a.m.

Her former common-law partner and the father of her two children, Travis Porteous, 33, from nearby Carleton Place, was suffering from a self-inflicted gunshot wound, police sources said.

Porteous and Sarah Cameron were taken to different hospitals, one air-lifted. On Thursday evening, police confirmed Porteous had died. Sarah was in stable condition in hospital.

Porteous arrived at the home and is believed to have started arguing with Sarah.

Sarah’s mother, Catherine, then ran upstairs, with Travis and Sarah’s four-year-old daughter and five-year-old son, who were inside the home. Police then believe Travis shot Sarah before shooting himself.

Cameron’s home, situated on a sprawling, fenced property, was also his childhood home, where he grew up with his mother and father, an army colonel. Cynthia Guerard, the owner of My Upholstery Shop, became emotional when speaking about him. She had visited his home many times over the years, and to think it is now a taped off crime scene was unfathomable.

“He was a nice guy, I’d see him at every auction sale and garage sale,” she said, joking that they would often compete for the same items.

“He was always one of those people who got involved and loved everybody,” said Guerard. “He and Catherine were high school sweethearts. She was a Dunn, from a large family. The families have have been here for five or six generations. It’s going to hit a lot of people.”

Web articles – via partners/network co-ordinators. This website and its contents are the exclusive property of ANGA Media Corporation . We appreciate your feedback and respond to every request. Please fill in the form or send us email to: [email protected]
Previous: Kanye West: Rapper disses Taylor Swift in his song
Next: Albatross Wisdom Hatches 40th Chick In Hawaii Nesting Colony, Even At Age 65