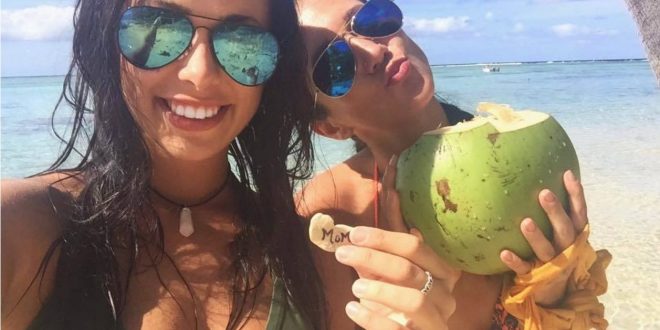 Isabelle Lagace, 28, and 23-year-old Melina Roberge from Quebec in Canada were reportedly arrested in Australia on Sunday, on suspicion of importing 95kg of cocaine.

For the past two months, two Canadian women were making their friends back home super jealous with their Instagrams from a lavish, two-month, around-the-world luxury cruise. That is until they were arrested for smuggling $23 million of cocaine on that envy-inducing vacation, Mashable reports.

Somehow that pic never made their Insta.

According to the Toronto Star, Quebec citizens André Tamine, 63, and the two not-quite-#vacationinspo Instagrammers Isabelle Lagacé, 28, and Melina Roberge, 22, were arrested in an Australian port after police found almost 200 lbs of cocaine in their luggage. It was the largest seizure of illegal narcotics from an aircraft or cruise line ever. The trio of Canadian criminals were tracked down and apprehended on Sunday when their ship, the MS Sea Princess, reached Sydney.

Woman documents vacation on Instagram before being busted in huge cocaine haul in Australia. https://t.co/tv4AnQS3CM pic.twitter.com/RlgDalCFCp

They went from ATVing in Peru to lounging on beaches and exploring exotic locales to the possibility of serving life in prison.

It’s not quite clear what tipped authorities off to what the women were up to, but busting them — and their large load — was a joint effort among the U.S. Department of Homeland Security, the Canada Border Services Agency, the New Zealand Customs Service, and several agencies in Australia, including the Australian Border Force and the Australian Federal Police.

Web articles – via partners/network co-ordinators. This website and its contents are the exclusive property of ANGA Media Corporation . We appreciate your feedback and respond to every request. Please fill in the form or send us email to: [email protected]
Previous: Solving the mystery of the strange ‘crater chains’ on Martian moon Phobos (Research)
Next: Researchers develop fabric that works as wearable airconditioning