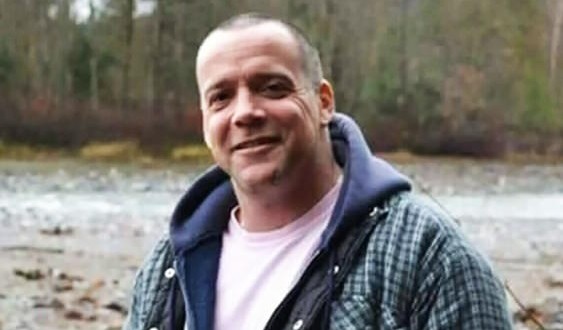 A Grande Prairie man is in a coma in Edmonton hospital following an assault Thursday evening outside the Mac’s Convenience store on 84 Avenue.

John St. Jean, 45, is in the University of Alberta hospital on life support with injuries to his head and face.

Desperate to be by his dad’s side, Dakota Mackay turned to social media in effort to raise enough money for himself and his girlfriend to fly from Nova Scotia to Edmonton.

And with over $6,000 raised on a ‘Go Fund Me‘ page, Mackay tells Global News he also got a call from WestJet offering him free airplane tickets.

“It was really warming,” remarked Mackay. “It was nice to know that there’s still some people in the world who have a heart.”

At last report, Mackay’s father was still on life support at the U of A hospital in critical condition.

His alleged attacker, Kyle Douglas Giroux of Grande Prairie, who is 24, is to appear in court on Wednesday in the Swan City.

He’s charged with aggravated assault and failing to comply with a probation order.

Web articles – via partners/network co-ordinators. This website and its contents are the exclusive property of ANGA Media Corporation . We appreciate your feedback and respond to every request. Please fill in the form or send us email to: [email protected]
Previous: Chris Wallace : Fox News Host Criticizes Kelly Clarkson Over Weight
Next: AJ Lee Retires From In-Ring Action, WWE Issues Statement