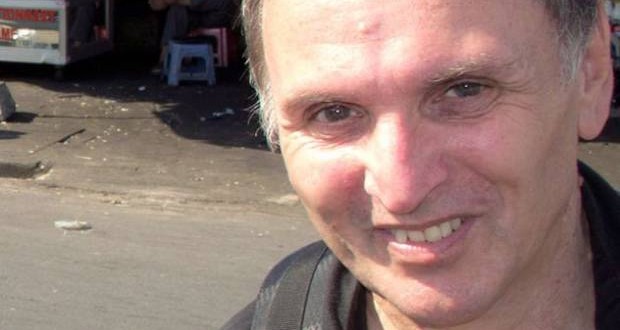 Walker’s family in Canada issued a statement saying, “A pathologist is being brought in to confirm forensics and a medical autopsy will be arranged to attempt to determine the cause and time of Dave’s death.”

Walker was in Cambodia to write and start to produce a film and had been investigating remnants of the Khmer Rouge. More than 2 million people were killed in Cambodia from 1975 to 1979 during Khmer Rouge rule.

He was seeking money to finance the venture, a fact likely to be pertinent to the investigation of his death.

Police spokesman Kirth Chantharith said that the body was discovered in jungle, 300 metres from the Angkor Thom temple, a tourist attraction near Siem Reap.

The Canadian Embassy had not yet been notified of the discovery, he said.

Walker’s colleague, Sonny Chhoun, who was working with him on the documentary about the Khmer Rouge, said that he had been asked by police to identify the body.

“Looking at shoes and jeans, those are Dave’s … I am so sorry, he was a lovely person,” Sonny Chhoun said.

Web articles – via partners/network co-ordinators. This website and its contents are the exclusive property of ANGA Media Corporation . We appreciate your feedback and respond to every request. Please fill in the form or send us email to: [email protected]
Previous: Florida Stranger agrees to donate kidney to Minn. 2-year-old
Next: New Study Challenges Concept Of ‘Healthy’ Obesity