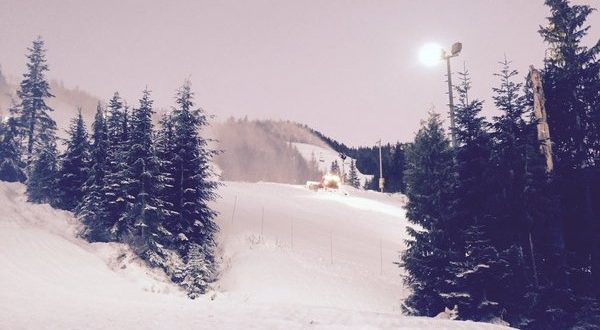 North Shore Rescue says it is standing down for the night in the search for two hikers who may be lost on Cypress Mountain and in the attempted rescue of a snowboarder who was reported missing in the Howe Sound area.

43-year-old Tin Hou Lee and 64-year-old Chun Sek Lam are believed to have been snowshoeing when they went missing.

“When we have such a huge search area, when we don’t have any kind of trip plan from the two gentlemen or anyone knows for sure where they went, as you can imagine it’s a vast, huge search area.”

Members have not made confirmed contact with the pair, despite two helicopters are assisting in the search, including one equipped with infrared equipment.

Pope says they were able to make voice contact with someone, but have been unable to verify it’s who they are looking for.

He says fresh snow has also made it challenging because it covers potential tracking marks.

Early this morning, NSR mobilized 25 volunteers to comb the mountain, but were unsure exactly where the men had set out – the only clue being Lee’s car, left locked and cold in the mountain’s parking lot.

The team also says it has observed overnight avalanche activity in several locations.

The search is set to resume tomorrow morning.

On top of the snowshoe rescue, NSR volunteers were busy this morning rescuing a snowboarder who went out of bounds near the Howe Sound area Monday.

Crews first made contact with the snowboarder on Monday night, and were able to long line him out with a helicopter this morning.

Web articles – via partners/network co-ordinators. This website and its contents are the exclusive property of ANGA Media Corporation . We appreciate your feedback and respond to every request. Please fill in the form or send us email to: [email protected]
Previous: De Beers abandons diamond search at the Western Athabasca Basin in Saskatchewan
Next: Broken Hatchimals causing difficulties for some customers