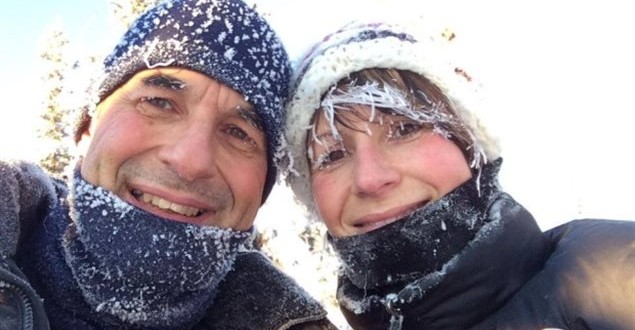 Claudia Huber: Woman attacked by bear was killed by bullet

Claudia Huber: Woman attacked by bear was killed by bullet

When Claudia Huber of Whitehorse, Yukon, was being mauled by a grizzly bear last year, her husband fired his rifle to save her. Unfortunately, it was one of his bullets that killer her, a coroner has reported.

Matthias Liniger fired several rounds at the bear, as it dragged Claudia Huber several meters into the woods near their home in Johnson’s Crossing, about 130 kilometres southeast of territorial capital Whitehorse, on October 18, 2014.

Liniger eventually managed to kill the bear and drove his severely injured wife to a community health centre about 50 kilometres away, where she was pronounced dead.

However, it was only during the autopsy that the medical examiner discovered a rifle bullet lodged in her chest.

“The wound was somewhat atypical and suggested that the bullet passed through an intermediate target,” said the coroner’s report.

Web articles – via partners/network co-ordinators. This website and its contents are the exclusive property of ANGA Media Corporation . We appreciate your feedback and respond to every request. Please fill in the form or send us email to: [email protected]
Previous: Michael Korchak: Man misses flight over medical marijuana mishap
Next: California: Norovirus – aka Winter Vomiting Disease – Is on the Rise, officials warn