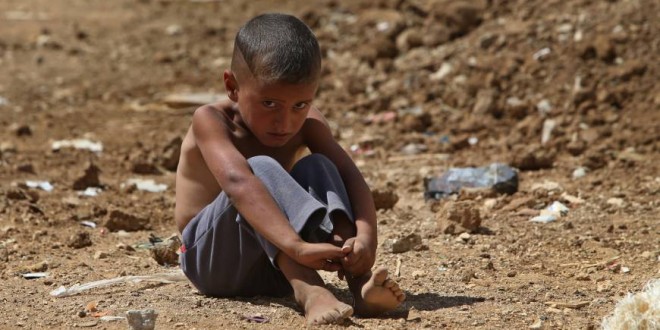 One hundred more families, three-million more dollars and an infinite well of compassion will be the Archdiocese of Toronto’s response to photos of three-year-old Alan Kurdi’s tiny, lifeless body lying on a Turkish beach.

Cardinal Thomas Collins said the Gospel calls for Christians to feed, clothe and shelter those fleeing violence and war, regardless of religious affiliation.

“We should be disturbed by what we see. When a family feels their only hope is to flee their homeland to join hundreds on small, drifting boats, sliding a child beneath razor wire or packing into cargo truck, we should not only be disturbed but also ashamed,” Collins said.

The refugee resettlement campaign — called Project Hope — was created after Pope Francis on Sunday urged parishes to open their doors to refugees.

“Migrants and refugees are not pawns in the chessboard of humanity,” Francis said.

Collins said everything must be done, including imploring political leaders to end the suffering.

“I fully recognize we are in the midst of a federal election campaign. Let us not politicize the issue, rather, take legitimate steps,” Collins said.

Since pictures of a drowned Syrian boy on a Turkey beach were published, some Canadian politicians have called for the government to give more aid to the crisis.

The province is also putting more supports in place for individuals and private organizations — like Pipeline Syria — which are working to bring refugees in, she said.

Toronto Mayor John Tory said he has received a strong response to his shout out to other mayors to help people fleeing “unspeakable horror.”

Torontonians want to be generous in their support of Syrian refugees, he said.

Dr. Martin Mark, who heads the office of refugees for the church, said the crisis calls out for the involvement of as many people as possible. By mid-day Tuesday, $500,000 had been raised.

Web articles – via partners/network co-ordinators. This website and its contents are the exclusive property of ANGA Media Corporation . We appreciate your feedback and respond to every request. Please fill in the form or send us email to: [email protected]
Previous: Harold Henthorn: Colorado man accused of murdering wife in national park goes on trial ‘Video’
Next: Infants More Likely To Get Pertussis From Siblings ‘study finds’