Home » Canada » 1300 kgs of hashish seized in Port of Montreal 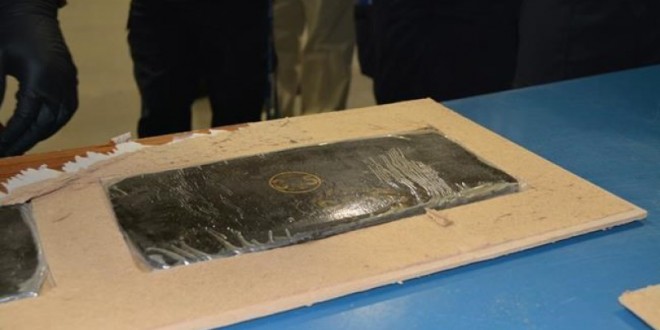 1300 kgs of hashish seized in Port of Montreal

1300 kgs of hashish seized in Port of Montreal

Border services officers in the port of Montréal seized over 1,300 kg of suspected hashish on December 10, 2015.

The container also had wooden handcrafted furniture in it.

It was River, a 7-year-old Labrador retriever trained to find drugs and firearms, that made the initial discovery, later confirmed by X-ray scans.

Border officers found a total of 3,046 packets of the suspected drugs after breaking all the floor pieces

CBSA officers in Quebec have made over 2,700 drug seizures since the beginning of 2015.

Web articles – via partners/network co-ordinators. This website and its contents are the exclusive property of ANGA Media Corporation . We appreciate your feedback and respond to every request. Please fill in the form or send us email to: [email protected]
Previous: Northlake Mall Shooting: Police Shoot and Kill Armed Man at Charlotte (Video)
Next: Michael Korchak: Man misses flight over medical marijuana mishap