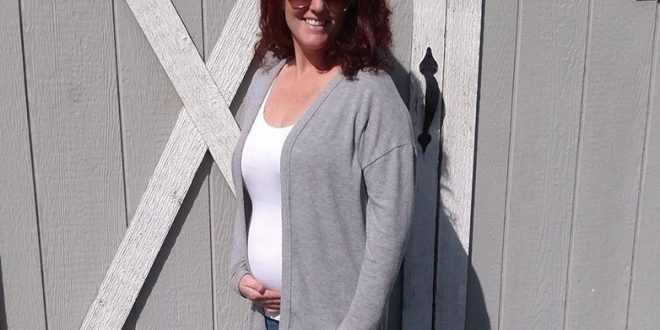 Woman, 32, With Two Vaginas Reported To Be Pregnant, Report

Woman, 32, With Two Vaginas Reported To Be Pregnant, Report

A Woman born with two vaginas and two wombs is expecting a “miracle” baby, after doctors warned she was infertile.

Medics believed Krista Schwab could never get pregnant, because of complications caused by her rare condition.

“I always felt the separate sections during intercourse and smear tests but I just thought that feeling was a normal thing every woman had,” Schwab told Caters News.

Although Schwab said she and her husband joke about the condition, they are often reminded uterus didelphys is linked to infertility.

“The year I was diagnosed, every single doctor told me that it would be impossible for me to have kids,” she explained. “For so many years my husband and I cried, prayed and dreamed of having a child. We both had so many breakdowns because we wanted one so much.”

Despite having miscarriages when she was 15 and 20, and being told just years ago she would never have a baby, Schwab is now five months pregnant.

“It was a massive shock, especially for my husband,” she said. “It’s incredible because doctors still don’t understand it.”

According to Dr. Nick Raine-Fenning of the Royal College of Obstetricians and Gynecologists in England, a woman’s reproductive organs are developed as two halves in utero, and uterus didelphys sometimes occurs when the membrane between the two halves does not break down to create one uterus.

So instead of having one normal-sized vagina, Schwab explained she has two small ones next to one another.

“The baby will have to come down the left-side vagina [but] I am scared he will get stuck [since] one vagina is much smaller,” she explained. “Doctors think I’ll have a C-section but I’m dreaming of a natural birth.”

She also only has one working ovary — which is why doctors were shocked when it was the other that caused her to become pregnant.

“Ten years of trying to have a baby [and] it just happened,” Schwab said. “I want women with uterus didelphys to never let anyone tell them miracles can’t happen because they do.”

Web articles – via partners/network co-ordinators. This website and its contents are the exclusive property of ANGA Media Corporation . We appreciate your feedback and respond to every request. Please fill in the form or send us email to: [email protected]
Previous: Russia has built a terrifying robot which can fire guns, and is sending it into Space “Video”
Next: Melting Canadian glacier caused river to disappear in four days, says new research