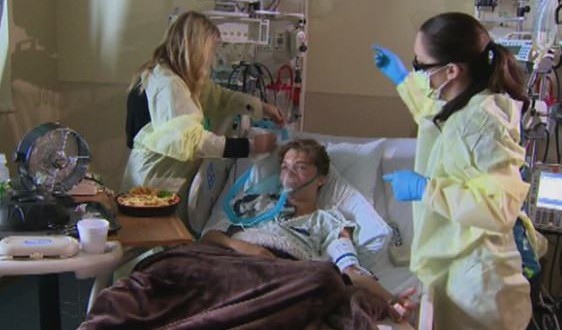 Health officials in Dallas County have confirmed 10 cases of the enterovirus-D68.

Wednesday, Zachary Thompson, director of Dallas County Health and Human Services, confirmed 35 samples were sent to the Center for Disease Control for testing.

Six more children recently treated at the hospital had symptoms consistent with the virus, but CDC tests have not confirmed they have the virus. Five of those patients – all under the age of two – are no longer in the hospital.

For parents, Allard said the key is knowing when to seek medical attention. You should do so when a child is wheezing or having severe difficulty in breathing, even if the child doesn’t have asthma or other chronic respiratory illness.

“It is taking us three-to-four times longer to break the wheezing,” he said.

Doctors say parents should focus on prevention, such as hand washing. There is no vaccine or anti-viral medication. Treatment often includes oxygen therapy until the virus runs its course.

Web articles – via partners/network co-ordinators. This website and its contents are the exclusive property of ANGA Media Corporation . We appreciate your feedback and respond to every request. Please fill in the form or send us email to: [email protected]
Previous: Burnout warning for oncologists, Report
Next: McDonald’s headquarters evacuated after scare : Police