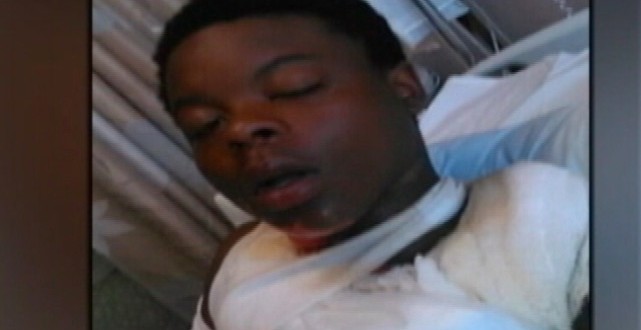 Atlanta teen burned after being attacked with pot of boiling rice while sleeping.

The Associated Press reports that two men allegedly attacked the teen with the pot of rice as he slept.

Officers have arrested 19-year-old Quintavious Barber and 18-year-old Malik Morton for aggravated assault and cruelty to a child, among other charges, AP writes, adding:

Relatives of the scalded victim say the two men accused him of stealing a PlayStation 3. Neighbors say the three teens were friends.

The story was first reported by WSB-TV in Atlanta.

The station identified the victim as Damon Clay, 17, who remains in intensive care.

“He’s scarred for the rest of his life. His life will never be the same,” the teen’s aunt told the station.

Web articles – via partners/network co-ordinators. This website and its contents are the exclusive property of ANGA Media Corporation . We appreciate your feedback and respond to every request. Please fill in the form or send us email to: [email protected]
Previous: First Nations girl back in chemo, no appeal in case
Next: Omar Khadr wins freedom for first time in 13 years