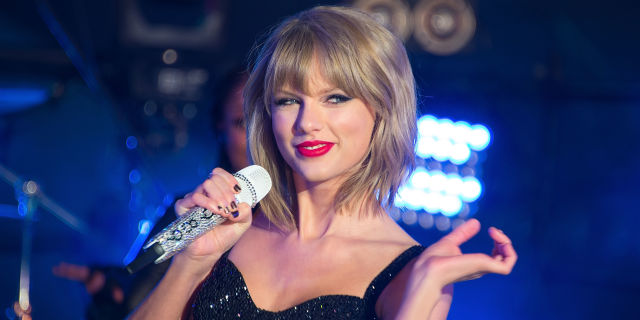 Taylor Swift faces $42 Million lawsuit over Shake It Off

Taylor Swift faces $42 Million lawsuit over Shake It Off, Report

Taylor Swift is being sued for $42m for allegedly stealing the lyrics to her hit 2014 song Shake It Off.

R&B artist Jesse Graham has accused the Grammy award winner of taking some of the lyrics for the song penned in 2014 from a song he wrote in 2013.

The New York Daily News reports that, although the two songs bear little resemblance beyond those words, Mr Graham is certain he has a winning case.

He told the newspaper: “Her hook is the same as mine.

“If I didn’t write the song Haters Gone Hate, there wouldn’t be a song called Shake It Off.”

Jesse Graham said he noticed the similarity between the songs when he saw Ms Swift perform Shake It Off on The Ellen DeGeneres Show several months ago.

He spoke to representatives from Sony and Ms Swift’s record label Big Machine initially asking to be named as a writer and requesting that Ms Swift, who has millions of fans worldwide, including 65m on Twitter alone, pose for a selfie with him.

But he was reportedly dismissed by Ms Swift’s team and told his claim to ownership of the lyrics had no merit.

He said that he was going to let the issue go but then decided “this song is my song all the way”.

Ms Swift’s camp declined to comment on the allegations.

Jesse Graham, who runs a church organisation called New Day Worldwide, said he also plans to file a lawsuit against CNN for the title of its morning show “New Day”, reported the Daily News.

Web articles – via partners/network co-ordinators. This website and its contents are the exclusive property of ANGA Media Corporation . We appreciate your feedback and respond to every request. Please fill in the form or send us email to: [email protected]
Previous: Metrojet Plane Crash: External Activity Blamed for Egypt Crash
Next: El Faro found? US Navy salvage team seeks to confirm wreckage of sunken El Faro