Home » World » Tara Palmer-Tomkinson ‘died in her sleep’ and was found by a cleaner, say family 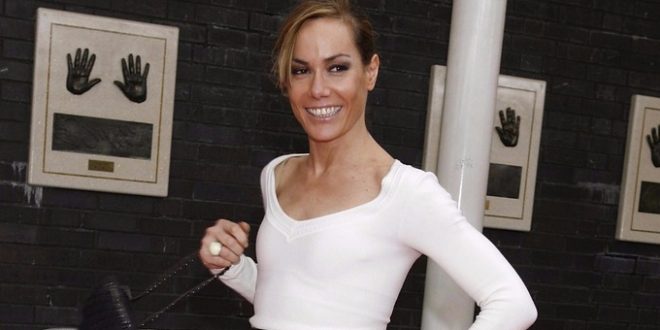 Tara Palmer-Tomkinson 'died in her sleep' and was found by a cleaner, say family

Tara Palmer-Tomkinson ‘died in her sleep’ and was found by a cleaner, say family

Socialite Tara Palmer-Tomkinson died peacefully in her sleep, according to her mother.

The death notice was posted on page 26 of the Daily Telegraph, reading: “Tara Clare died peacefully in her sleep.” Her family also revealed that a private funeral will be held in due course. It comes after her sister Santa Montefiore shared a touching tribute on Twitter. Sharing a photo of the former IT Girl, Santa wrote: “My darling sister. I miss you.” She sadly accompanied it with a heartbroken emoji.

Tara, who lived in a flat in Earl’s Court, west London, passed away aged 45 on Wednesday. Her cleaner is believed to have called the police and ambulance services after finding Tara at home. The reality TV star, who came runner-up in the first series of I’m a Celebrity… Get Me Out of Here!, was pronounced dead at the scene.

Friends of the popular star have been paying tribute. Tara was incredibly close to the British royal family, in particular her godfather, Prince Charles. The future King and his wife the Duchess of Cornwall released a statement that read: “We are deeply saddened and our thoughts are so much with the family.”

Her close friend Duncan James has also opened up about their bond, saying that he takes comfort from the fact Tara is now at peace. “I could talk all day about her because that is how much she meant to me and how much she affected my life on a daily basis and so many hearts are broken who knew and loved Tara and she will be missed so very much,” the Blue singer wrote in his column for The Sun. Speaking about the “demons” she faced, Duncan added: “She sadly battled many demons and now she will be truly at rest without being frightened or scared.”

Web articles – via partners/network co-ordinators. This website and its contents are the exclusive property of ANGA Media Corporation . We appreciate your feedback and respond to every request. Please fill in the form or send us email to: [email protected]
Previous: Sugary drinks tied to 63,000 deaths in the next 25 years, says new research
Next: Payless reportedly in talks to close 1,000 stores: Report