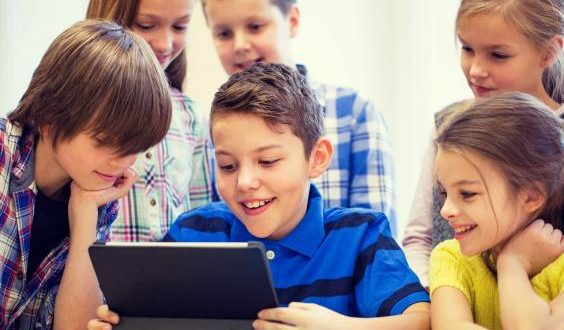 Tablet use ‘slows learning to speak for children’, Researchers Say

A WORRYING research claims there is a link between gadget use and speech development in toddlers.

The research included nearly 900 children between 6 months and 2 years old. By their 18-month check-ups, a fifth of the children had used a mobile device every day for nearly 30 minutes, as reported by their parents. Researchers found that the more screen time a child got, the more likely the child was to have delays in speech.

For each half-hour increase in screen time, researchers found a nearly 50 percent increased risk of delay.

“Handheld devices are everywhere these days,” said Dr. Catherine Birken, the study’s principal investigator and a staff pediatrician at The Hospital for Sick Children in Toronto. “While new pediatric guidelines suggest limiting screen time for babies and toddlers, we believe that the use of smartphones and tablets with young children has become quite common. This is the first study to report an association between handheld screen time and increased risk of expressive language delay.”

Scientists said there was no obvious link between screen time and delays in other communications methods such as body language.

Web articles – via partners/network co-ordinators. This website and its contents are the exclusive property of ANGA Media Corporation . We appreciate your feedback and respond to every request. Please fill in the form or send us email to: [email protected]
Previous: Baby born clutching his mother’s birth control coil (Photo)
Next: Alarming decrease in oceans’ dissolved oxygen level, A New Study Reveals