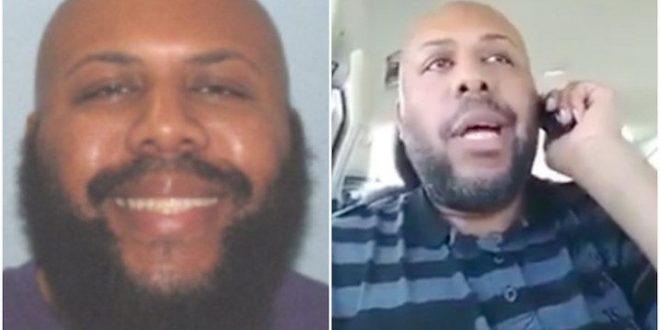 A huge manhunt is underway after a suspected killer shot dead an elderly man and recorded it on Facebook in Cleveland, Ohio.

Authorities have appealed to the public for help in the case after urging the killer, a man named Steve Stephens, to turn himself in.

Police said they have received “dozens and dozens” of tips for possible sightings of Stephens, and tried to persuade him to surrender when they spoke with him via his cellphone on Sunday after the shooting. But Stephens remained at large as the search for him expanded nationwide, police said.

“Our reach now is basically all over this country,” Cleveland police chief Calvin Williams told a news conference in Ohio’s second-largest city.

The shooting marked the latest video clip of a violent crime to turn up on Facebook, raising questions about how the world’s biggest social media network moderates content. The company on Monday said it would begin reviewing how it monitors violent footage and other objectionable material in response to the killing.

Meanwhile, a reward of $50,000 was being offered for information regarding the suspect’s location, officials said.

Web articles – via partners/network co-ordinators. This website and its contents are the exclusive property of ANGA Media Corporation . We appreciate your feedback and respond to every request. Please fill in the form or send us email to: [email protected]
Previous: April Is Parkinson’s Awareness Month, How Can You Help?
Next: Russia has built a terrifying robot which can fire guns, and is sending it into Space “Video”