Home » World » Statins may lead some patients to pig out, study shows 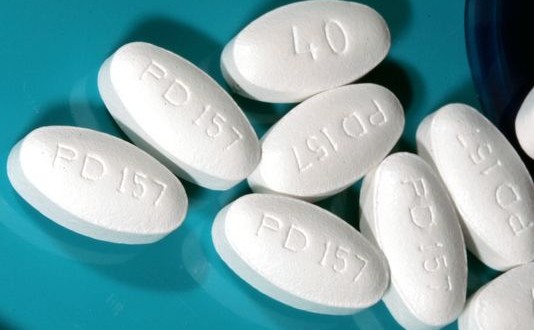 Statins may lead some patients to pig out, study shows

Statins may lead some patients to pig out, study shows

People who take the common cholesterol-lowering drugs known as statins may feel a false sense of security and eat a bit more, according to a new study.

Researchers found that U.S. adults taking statins in 1999-2000 were eating fewer calories than people not taking the drugs, but statin users were eating about the same amount as non-users by 2009-2010.

“We believe that physicians need to reemphasize the importance of a healthy lifestyle to statin-users,” Dr. Takehiro Sugiyama told Reuters Health in an email.

He is the study’s lead author from the University of Tokyo in Japan.

Eating excess calories and fat would not only compromise the cholesterol-lowering effect of statins, he said. It would also increase a person’s risk of becoming obese and developing diabetes.

Statins – such as Lipitor, Zocor and Crestor – inhibit the production of cholesterol, which is used to build new cells and keep the body functioning. Too much cholesterol increases a person’s chances of developing heart disease and fatty deposits in blood vessels, however.

Under new recommendations from the American College of Cardiology and the American Heart Association, the number of U.S. adults eligible to take the drugs may reach 56 million

The new guidelines deemphasize the use of LDL or “bad” cholesterol as a measure of when to put people on the drugs. Instead, doctors are encouraged to take several risk factors into account to target people at high risk for heart attacks or strokes

Previous studies had found no evidence that statin users eat more after being prescribed the drugs, the authors write in JAMA Internal Medicine. Use of the drugs has increased substantially since those studies were conducted, however.

For the new study, the researchers used data from a national survey of U.S. adults that’s conducted every two years.

Sugiyama writes that it would be expected that stain users eat less in an attempt to control their cholesterol and weight.

Calorie consumption among the statin users increased as time went on, however. By 2005-2006 there were no differences between the two groups.

Overall, calorie consumption among statin users increased by about 10 percent during the decade. Statin users significantly increased the amount of calories they got from fat during the study period, too.

Sugiyama said there could be two explanations for the findings.

“We suppose (patients) noticed the potency of the statin treatment because their LDL-cholesterol level would drop drastically regardless of no change on diet,” he said. “Through this process, statin users may learn that they do not need to restrict their diet to achieve the LDL-level goal.”

Alternatively, doctors may have started prescribing statins to people who tend to eat more and they may not be as reluctant to prescribe the drugs to people who don’t control their diets.

“Because of the study design, we were not able to disentangle the mechanism,” he said.

The research also can’t say for certain that statins caused people to eat more as time went on. There could be another unknown factor that influenced the results.

“I think the biggest impact of this trial is that as physicians when we put patients on statins it shouldn’t be the end of the discussion about other lifestyle interventions,” Dr. David Frid said.

Frid is a staff cardiologist at the Cleveland Clinic in Ohio. He was not involved with the new study.

“Even on a statin, you do need to continue following your dietary recommendations,” he told Reuters Health.

Sugiyama agreed that statin use should be paired with lifestyle modification.

“Over-relying on medication would cause side effects, unnecessary medical costs and perhaps an ethical concern,” he said. “I think physicians need to reemphasize the importance of dietary control for statin-users.”

Web articles – via partners/network co-ordinators. This website and its contents are the exclusive property of ANGA Media Corporation . We appreciate your feedback and respond to every request. Please fill in the form or send us email to: [email protected]
Previous: Courtney Ann Sanford : Woman posting to Facebook dies in wreck
Next: Man dead in Brampton stabbing, Report