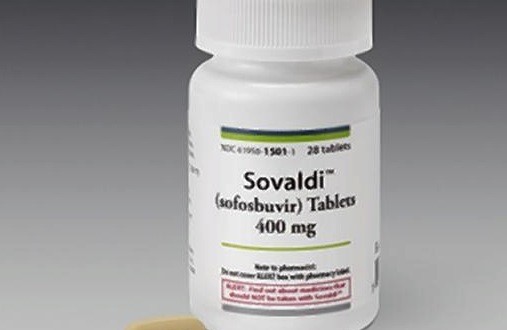 On Friday the FDA approved a new drug that, when taken in conjunction with other older remedies, cures 95 percent of Hepatitis C patients in a fraction of the time the old treatment regimen did. Hepatitis C, the liver degenerating disease, affects over three million U.S. citizens, and, surpassing HIV, last year killed over 15,000 people.

Sovaldi is the name of the drug which will replace Interferon treatments that, while effective, takes much longer and is characterized with several side effects including fatigue, flu like symptoms, rashes and mood changes, according to the FDA and other government agencies.

Federal public health officials hailed the approval, which came less than 2 months after an FDA panel backed the drug unanimously.

“Today marks a landmark advance in the treatment of hepatitis C,” commented John Ward, MD, director of the CDC’s Division of Viral Hepatitis.

In a statement, Ward said the approval opens up “new opportunities to stop the spread of this virus and the ravages of this disease.”

The CDC has been urging that all Americans — and especially those born from 1945 through 1965 — get tested for the virus, which the agency estimates affects some 2 million people.

“Right now, most Americans with hepatitis C don’t access treatment because they have no idea they’re infected,” Ward said. “Widespread screening, together with new cures, promises to slash the burden of hepatitis C in this country and save thousands of lives.”

And Edward Cox, MD, director of the Office of Antimicrobial Products in the FDA’s Center for Drug Evaluation and Research, called the approval “a significant shift in the treatment paradigm for some patients with chronic hepatitis C.”

The drug is indicated in combination with ribavirin for 12 or 24 weeks of therapy for patients with genotype 2 or 3 of the virus, respectively.

For those patients, it is the first all-oral combination treatment, because interferon is given intravenously.

For patients with genotypes 1 and 4, the FDA ruled, the drug should be used in combination with interferon and ribavirin, but only for 12 weeks, rather than the 48 usually used for older combinations.

Web articles – via partners/network co-ordinators. This website and its contents are the exclusive property of ANGA Media Corporation . We appreciate your feedback and respond to every request. Please fill in the form or send us email to: [email protected]
Previous: Healthy eating is more expensive : how you can get around the costs, Study Finds
Next: LA Lakers Owner Jerry Buss’s California Mansion lists at $5.95 million