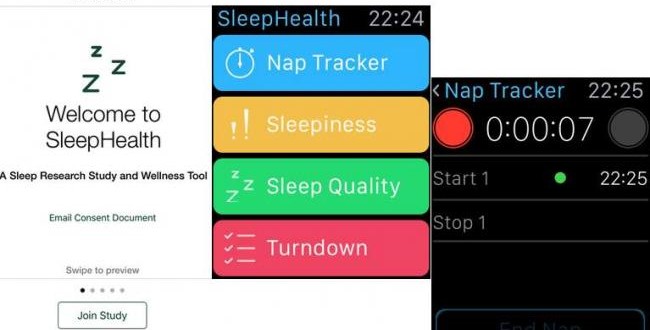 The American Sleep Apnea Association (ASAA) has partnered with IBM Watson to launch a ResearchKit study app, called SleepHealth. Researchers aim to use the app to explore the connection between sleep habits and health outcomes. It’s also the first ResearchKit app to partner with IBM Watson.

The SleepHealth study uses the open source ResearchKit designed by Apple to make it easier for participants to complete tasks and submit surveys from the app. SleepHealth is the first ResearchKit study to run on Watson Health Cloud.

IBM announced the initiative at HIMSS16. It was close to a year ago when the computing giant launched Watson Health Cloud at HIMSS15.

“One of our goals at IBM Watson Health is to eliminate silos that hinder collaboration between researchers, patients and clinicians, and create new opportunities for these communities to share and learn from one another,” said Kyu Rhee, MD, chief health officer for Watson Health.

As he sees it, sleep is an under-appreciated factor when it comes to staying well.

“Now that data is in a digital format that can be leveraged and screened and analyzed, this is where tools in this era of cognitive technology, like Watson, can actually make sense of the data,” Kyu said. Watson, he said, can read 8 million pages a second.”

“To have Watson at your side, is a powerful tool that can deliver what I would consider augmented intelligence,” Kyu added.

The SleepHealth app taps into Apple Watch’s heart rate monitor to detect when a subject falls asleep before gathering movement data with the onboard accelerometer and gyroscope, according to a report on Apple insider. For users running iOS 9.3 the app will make use of Apple’s Night Shift feature, which shifts an iPhone or iPad’s display color temperature toward the warm end of the spectrum to help ease physiological side effects of being exposed to cool blue light.

Chronic insomnia affects more than 10 percent of Americans, and 25 million suffer from obstructive sleep apnea, according to the U.S. Centers for Disease Control and Prevention.

The SleepHealth study will explore the connections between sleep quality and daytime activities, alertness, productivity, general health and medical conditions.

Data contributed by participants will be stored on the Watson Health Cloud, making it possible for researchers to conduct extensive analysis to uncover patterns and connections in the data,

Once it has completed several years of data collection, the research team expects to develop personalized and public health interventions for a variety of sleep-related health issues.

Web articles – via partners/network co-ordinators. This website and its contents are the exclusive property of ANGA Media Corporation . We appreciate your feedback and respond to every request. Please fill in the form or send us email to: [email protected]
Previous: Joey Feek: “Terminally ill country” star gives daughter ‘last kiss,’ falls into ‘deep sleep’
Next: Brian Encinia: “Texas Officer” Who Arrested Sandra Bland Is Finally Fired