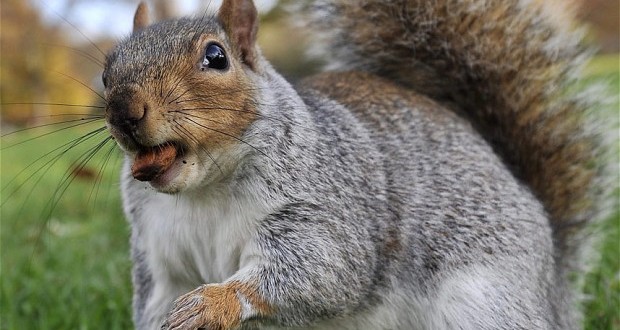 Being stressed out destroys good bacteria in the gut and mouth and promotes bad bacteria instead, a study found.

Red squirrels living in a low-stress environment harbour healthier communities of micro-organisms, a result that might hold implications for human health, according to a new University of Guelph-led Research.

Microbiomes are communities of micro-organisms living in and on the bodies of all living things, including people. Found in the mouth and gut and on the skin, microbiomes consist of a mix of beneficial and potentially harmful bacteria that changes constantly and can affect their host’s health.

“A diverse microbiome is generally a good thing for your health – it’s why people take probiotics,” said lead researcher Mason Stothart, a former undergraduate student in the Department of Integrative Biology.

“We wanted to understand the relationship between the microbiome and stress. The greater the stress in the squirrels, the less bacterial diversity they had, which can be an indicator of poor health.”

Stothart and a Laurentian University graduate student trapped squirrels in Algonquin Park in Ontario. They took mouth swabs and fecal samples, which were then analyzed in a lab.

The researchers found that microbiomes were more diverse in squirrels with lower stress hormones.

“As a second part of the experiment, we captured the same squirrels two weeks later, and found that if stress levels increased, some bacteria that are potentially harmful also increased,” said Stothart.

This study is the first of its kind to be conducted in a natural environment, said Prof. Amy Newman, senior author of the study and Stothart’s supervisor.

“This is the first demonstration that there is a link between stress and microbiome diversity in the wild,” Newman said.

“Conducting this study in a natural environment provides a more realistic look at the microbiome and its potential link to stress and health.”

The researchers now plan to vary the microbiome to see whether it’s impacted by stress, or the other way around, said Newman.

“Bacterial diversity within animals and people is emerging as an essential component of health, and this study provides data that shows the link between low stress and a healthy microbiome.”

Web articles – via partners/network co-ordinators. This website and its contents are the exclusive property of ANGA Media Corporation . We appreciate your feedback and respond to every request. Please fill in the form or send us email to: [email protected]
Previous: Asian Carp in Great Lakes Could Devastate Native Fish, says new Research
Next: Suspect arrested after stabbing at Air Canada operations centre in Brampton