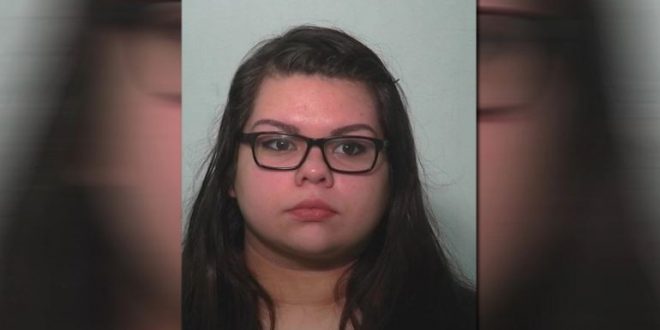 An arrest warrant has been issued for a Fort Wayne woman accused of plotting to kill her brother’s 11-week-old child with breast milk containing a potentially fatal amount of an over-the-counter pain medicine.

Sarai Rodriguez-Miranda was charged Monday in Allen County with one felony count of attempted murder and she’s believed to have fled to Michigan upon learning she was under investigation by police.

According to court documents, Rodriguez-Miranda sent text messages to her boyfriend in January using a phone she shared with her mother that said:

“I’m gonna crush up some of these pills since she decided they can stay longer and kill their baby. I put the stuff in a made bottle in the fridge … Yeah I thought it was funny that I don’t have an ounce of guilt.”

Rodriguez-Miranda, who was 18 at the time of the alleged incident, was apparently upset her mother was allowing her brother’s family to stay in their home, according to the paper.

Shortly after the texts were allegedly sent, the suspect’s mother discovered the text messages and contacted police. A text message apparently sent after she allegedly mixed pills in the bottle said:

“Why didn’t that baby die dude that’s dumb. They definitely threw it out … I hope she dies. I don’t feel bad about it.”

According to the paper, Rodriguez-Miranda planned to crush Excedrin tablets in a mortar and pestle.

After discovering the text messages, the suspect’s mother found a bottle in the fridge with “residue at the bottom of the bottle and a greenish-colored ring,” according to court documents obtained by the paper.

Police believe Rodriguez-Miranda ran away with her boyfriend several months ago and is currently living in Michigan. She remains at large as of Thursday.

Web articles – via partners/network co-ordinators. This website and its contents are the exclusive property of ANGA Media Corporation . We appreciate your feedback and respond to every request. Please fill in the form or send us email to: [email protected]
Previous: Public Health Notice: Salmonella outbreak traced to frozen, raw chicken
Next: Toy traffic cone found in man’s lung after 40 years (Photo)