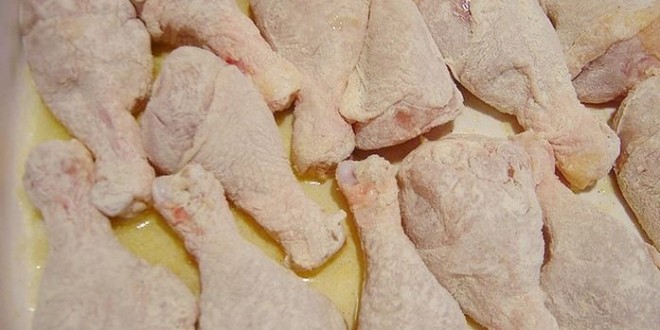 Sanderson Farms Recalls 554,090 Pounds Of Chicken That May Be Contaminated With Metal Fragments.

The recall comes after a processing facility complained that they found metal shavings in the chicken they ordered. According to the USDA, which inspected the chicken, the shavings came from a malfunction in an ice-making machine at the Sanderson plant. The company is recalling the affected products, which include boneless, skinless chicken breast; tenderloins; and butterflies with rib meat.

But, luckily for consumers, you don’t have to worry if you bought Sanderson Farms chicken at the grocery store recently. None of the recalled poultry ended up in consumers’ hands; the chicken was simply sent to other companies for processing.

Sanderson Farms didn’t announce which processors received the chicken, but the Wall Street Journal notes that they supply chicken to Kroger supermarkets and Arby’s restaurants, among others. There have not yet been complaints of illness or injuries from the chicken, and the companies who were sent the product have been told to return it.

Web articles – via partners/network co-ordinators. This website and its contents are the exclusive property of ANGA Media Corporation . We appreciate your feedback and respond to every request. Please fill in the form or send us email to: [email protected]
Previous: Whales return to Long Island Sound after long hiatus (Video)
Next: Danny Pintauro: ‘Who’s The Boss’ Castmember tells Oprah he’s had HIV for 12 years (Video)