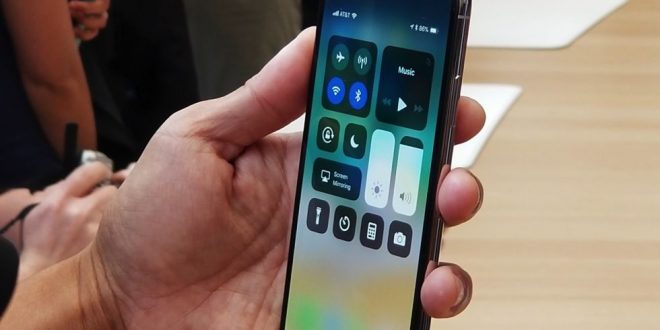 Russians who snapped up the new iPhone X devices following Friday’s launch have already started reselling them on the internet.

“Since eight in the morning, those who got the brand new iPhone X devices from the Apple Store and official retailers, have already presented around 50 of them on the Yula free ads website,”.

Besides, many individual resellers have several of the latest models and confirm it by attaching photos of the smartphones to their advertisements.

Apple CEO Tim Cook called the new iPhone X “the biggest leap forward since the original iPhone,” and it’s easy to see why. The OLED display — an iPhone first — is called the Super Retina Display and measures 5.8 inches, with a resolution of 2,436 × 1,125 pixels. It features Dolby Vision and HDR10 for stunning high-contrast video playback, as well as TrueTone dynamic white-balance adjustment, a feature of the 10.5-inch iPad Pro and the new iPhone 8 models. The screen takes up the whole screen and there’s no home button — you unlock your phone with your face. Oh, and it’s water- and dust-resistant, and capable of charging wirelessly.

The iPhone X costs $1,000, and it’s available in limited stock at Apple stores, carriers, and retailers on November 3. You can nab one in either 64GB or 256GB, but the latter will cost $1,150. If you’re planning on picking one up at a store, Apple recommends arriving early — you may want to consider waiting on line the night before or early in the morning.

Some carriers, like Sprint, are cutting customers a discount. New and existing customers on the carrier’s Sprint Flex plan will be able to get a 64GB iPhone for $22.22 per month for 18 months ($400) with an eligible trade-in. For a full list of iPhone X prices and pre-order information, check out our iPhone X buying guide.

The iPhone X was the third phone announced by Apple on September 12, joining the iPhone 8 and 8 Plus. It followed the Series 3 Apple Watch, which comes with built-in cellular connectivity.

Web articles – via partners/network co-ordinators. This website and its contents are the exclusive property of ANGA Media Corporation . We appreciate your feedback and respond to every request. Please fill in the form or send us email to: [email protected]
Previous: Anthropologists identify third new orangutan species in Indonesia
Next: NASA: Earth’s ozone hole shrivels to smallest since 1988