Home » World » Rapper Doe B Dead At 22 After Shooting 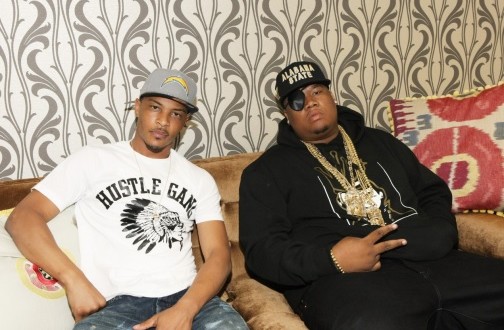 Rapper Doe B Dead At 22 After Shooting

Rapper Doe B Dead At 22 After Shooting

Hustle Gang affiliated rapper Doe B was murdered last night in Montgomery, Alabama. The 22 year old rapper born Glenn Thomas was shot a local hotspot, Centennial Hill Bar and Grill. Reports also state a young woman was also a victim to the senseless crime however the second victims’ name has yet to be released

Doe B’s death has been confirmed via tweets from those closest to him in Hip-Hop, including manager DJ Frank White, who simply tweeted “Rip my brother @CBMDOEB.” His former boss T.I. also had an emotional message. “RIP to my lil brother Doe B.

We gon miss u my nigga. U’ll never be forgotten & U WILL NOT DIE IN VAIN. We Love U champ. Always. Just rest now my nigga….WE GOT IT From here,” the Kang wrote via Twitter.

Other MCs like Drake, Meek Mill, Trae Tha Truth and more also paid their respects to the rising star. Condolences to his family and friends. Rest in power Doe B.

Web articles – via partners/network co-ordinators. This website and its contents are the exclusive property of ANGA Media Corporation . We appreciate your feedback and respond to every request. Please fill in the form or send us email to: [email protected]
Previous: 4-metre Python kills security guard in Bali hotel
Next: Delta Airlines Computer Glitch Offers Fares for $25 (VIDEO)