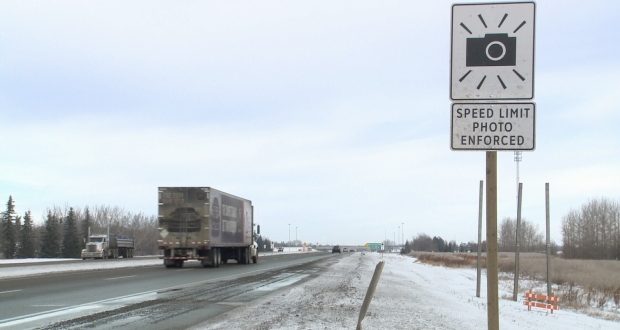 “We have seen too many injuries and deaths caused by drivers who speed and endanger people’s lives,” Wynne said Tuesday in Ottawa, where she was campaigning for the Nov. 17 Ottawa-Vanier byelection.

“Our intent is to give municipalities more tools to help keep people safe on our roads,” the premier said, emphasizing the cameras would not be placed on provincial highways as they briefly were — amid political controversy — in 1994-95.

“We are doing this … because we know it will make it safer for kids … and because municipalities have asked us to work with them.”

Ottawa Mayor Jim Watson said “this is great news” because it will make streets safer and free up police officers from manning radar guns to do more pressing work.

Watson predicted “speeders will be penalized with a heavy fine and potentially some demerit points” though details such as penalties have not yet been finalized because the legislation hasn’t been tabled.

All revenue from the tickets will go to municipalities, who would have more power to improve safety in school zones.

Under the legislation, towns and cities will be able to:

Use cameras to take photos of speeders’ licence plates and mail the vehicle plate holder a ticket.

On Tuesday, the mayor said he was “gratified” by a promised change that could save children’s lives.

“I would certainly want to (move) very quickly on this,” Tory told reporters at city hall, adding he hopes Toronto school-zone speeders are being nabbed by photo radar “early in the New Year.”

“We’ve seen a lot of problems this year, tragic problems, with the safety of all pedestrians young and old.”

The mayor’s push for the change was significant because it was former Progressive Conservative premier Mike Harris who scrapped photo radar in 1995 less than a year after NDP premier Bob Rae introduced it to Ontario highways.

Tory, a former Conservative leader, noted times have changed since the era when photo radar was derided as a cash grab.

Indeed, both PC Leader Patrick Brown and NDP Leader Andrea Horwath have said they would welcome safety cameras, suggesting photo radar is no longer the political hot button it was two decades ago.

“It was the Progressive Conservatives that got rid of photo radar, so there is some hesitation toward that, but . . . the reality is municipalities are desperately looking at new revenue mechanisms because of underfunding,” Brown said in February.

Horwath said “it’s actually time to have a new look” at the measure given the attitudinal and technological changes.

“We simply cannot have a police officer on every single street where there’s a potential speeder.”

A study released earlier this year by York University and the Hospital for Sick Children found that the most dangerous part of a child’s day was likely during the morning drop-off, with congested streets and crazy driving.

Researchers looked at collisions and injury rates, as well as parents’ habits behind the wheel, and observed at least two instances of dangerous driving during the morning rush hour at almost 90 per cent of schools they monitored.

The study also reported that over a 12-year period, 411 children in the areas studied were hit by a car within 200 metres of the school and, of those, 45 were during peak times.

Web articles – via partners/network co-ordinators. This website and its contents are the exclusive property of ANGA Media Corporation . We appreciate your feedback and respond to every request. Please fill in the form or send us email to: [email protected]
Previous: World’s Smallest Magnifying Glass, new research
Next: More anti-Trump protests held across US “Video”