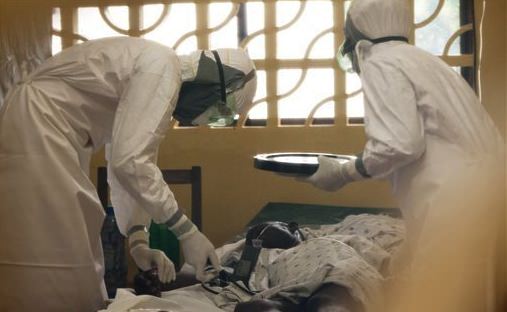 An American doctor is receiving intensive medical treatment in Liberia after he was infected with the deadly Ebola virus while treating patients in the West African nation, a spokeswoman for an aid organisation said.

Dr. Kent Brantly was in stable condition, talking with his doctors and working on his computer while receiving care, she said, but she cautioned that he’s not out of the woods.

Patients have a better chance of survival if they receive treatment immediately after they’re infected, which Brantly did, she said.

The highly contagious virus is one of the most deadly diseases in the world.

Brantly has been working with Samaritan’s Purse in Liberia since October 2013 as part of the North Carolina-based group’s post-residency program for doctors.

He was the first Liberian doctor to die in an outbreak the World Health Organization says has killed 129 people in the country.

The WHO said the outbreak, the largest ever recorded, has also killed 319 people in Guinea and 224 in Sierra Leone.

Health workers are at serious risk of contracting the disease, which spreads through contact with bodily fluids.

Web articles – via partners/network co-ordinators. This website and its contents are the exclusive property of ANGA Media Corporation . We appreciate your feedback and respond to every request. Please fill in the form or send us email to: [email protected]
Previous: Boy battling cancer gets close to 100K birthday cards
Next: US : Metro identifies person of interest sought in Bellagio robbery