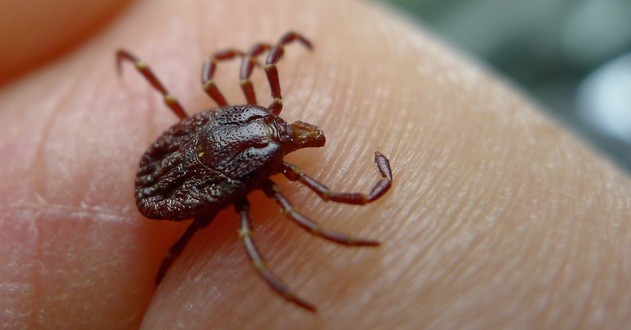 A Kansas man’s death last year can be traced to a new virus that is likely spread through bites from ticks, The Centers for Disease Control and Prevention said Friday that it’s working with Kansas officials to find any other cases. They’ve named the virus “Bourbon” after the county where the man lived.

The Kansas man was doing outdoor work in Bourbon County last year, the CDC said, when he went to the doctor after finding an engorged tick on his shoulder and falling ill a few days later.

He had a fever and headache, according to the article, and was given an antibiotic commonly used against tick-borne diseases. The man’s condition didn’t improve, however, and his kidney function deteriorated and he couldn’t breath on his own. On day 11 of his illness, he died.

Kansas officials said in December that they were investigating the virus with the CDC, and that it resembled other tick-borne illnesses.

Before he became sick, the man, who was more than 50 years old, was considered healthy, the CDC said in the report. CDC researchers identified the virus by looking for genetic traces in the man’s blood.

The recent discovery of Heartland virus in Missouri, also possibly linked to ticks, led the CDC to say that “that the public health burden of these pathogens has been underestimated.” Next-generation sequencing, a fairly new technology that can scan blood samples for many viruses or bacteria at once, will help health researchers make similar discoveries in the future, the CDC said.

Web articles – via partners/network co-ordinators. This website and its contents are the exclusive property of ANGA Media Corporation . We appreciate your feedback and respond to every request. Please fill in the form or send us email to: [email protected]
Previous: Two Filipinos to get a shot at Mars trip (Video)
Next: Dubai Fire – Video : Building in Dubai’s Marina district in flames