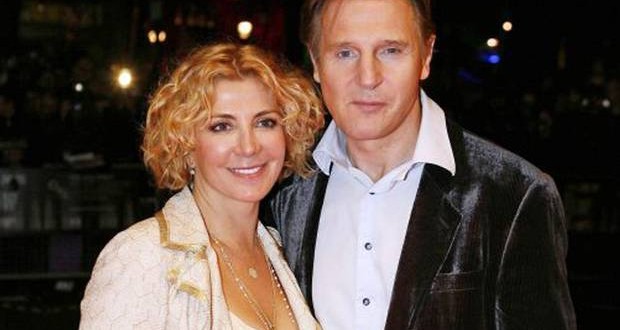 Irish heartthrob Liam Neeson reveals that he and late wife Natasha Richardson had a pact to “pull the plug” if either fell into a vegetative state.

Neeson made the admission in an exclusive interview with Anderson Cooper to be aired Sunday on 60 Minutes. The star of Taken and the new thriller Non-Stop has spoken little of the ski accident that killed Richardson on Quebec’s Mont Tremblant in 2009.

Speaking to CBS’s 60 Minutes, Neeson, 61, said that when he arrived at the Canadian hospital he was told by doctors that his wife was brain dead.

He said: “She was on life support… I went in to her and I told her I loved her, said, ‘Sweetie, you’re not coming back from this, you’ve banged your head’.

“She and I had made a pact, if either of us got into a vegetative state that we’d pull the plug. That was my immediate thought. ‘Okay, these tubes have to go. She’s gone.’”

However, Neeson said he did keep Richardson alive for a short period so that family members and friends could say goodbye.

It was then decided that she would donate her organs, with her heart, kidneys and liver all used. He said: “Donated three of her organs, so she’s keeping three people alive at the moment… her heart, her kidneys and her liver. It’s terrific… and I think she would be very thrilled and pleased.”

Award-winning theatre star Richardson became critically ill with a head injury following what initially seemed to be a minor fall during a private skiing lesson on a green slope — suitable for beginners — at the resort of Mont-Tremblant, 80 miles from Quebec.

Witnesses said that after the fall she got up laughing and refused to see a doctor, walked back to her hotel and even signed a medical form saying that she did not need help.

An hour later, she was taken to hospital after her condition rapidly worsened. Doctors told Neeson, who had been filming in Toronto, that she had deteriorated because of huge swelling in her brain.

The Schindler’s List and Taken star admitted that he had not fully come to terms with her death. He said: “It hits you. It’s like a wave. You just get this profound feeling of instability… the Earth isn’t stable any more and then it passes and it becomes more infrequent, but I still get it sometimes.

“[Her death] was never real. It still kind of isn’t. There are periods now in our New York residence when I hear the door opening, especially the first couple of years… any time I hear that door opening, I still think I’m going to hear her.”

The Irish actor married Richardson in 1994 and the couple had two sons. He is now dating on/off girlfriend Freya St Johnston, a PR executive.

Web articles – via partners/network co-ordinators. This website and its contents are the exclusive property of ANGA Media Corporation . We appreciate your feedback and respond to every request. Please fill in the form or send us email to: [email protected]
Previous: Orion Death Stars Spotted by Astronomers (Video)
Next: Aaron Paul Want to Join ‘Better Call Saul’ (Video)