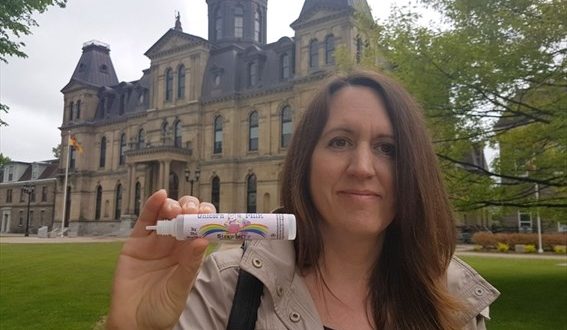 Lea L’Hoir told the CBC that on Monday, her daughter found the bottle of “Unicorn Milk” on the playground at school. Because of the fanciful labeling and the strawberry scent, her daughter and friends ingested a few drops of what is actually e-cigarette liquid. The students began to feel ill and took the bottle to a teacher.

L’Hoir picked up her daughter from school and took her to the hospital after reading about the dangers of ingesting concentrated nicotine liquid. L’Hoir’s daughter was diagnosed with nicotine poisoning and received treatment before being released that evening, the CBC reported.

While her daughter is recovering, L’Hoir wants to warn other parents about the dangers of vape liquid. She said the bottle did not clearly identify what was in it, with the ingredients written in small print and a tiny poison symbol on the side of the bottle.

Web articles – via partners/network co-ordinators. This website and its contents are the exclusive property of ANGA Media Corporation . We appreciate your feedback and respond to every request. Please fill in the form or send us email to: [email protected]
Previous: Aussie researchers find faceless fish in unexplored abyss (Watch)
Next: Android Pay is Now Live in Canada with Mastercard; Report