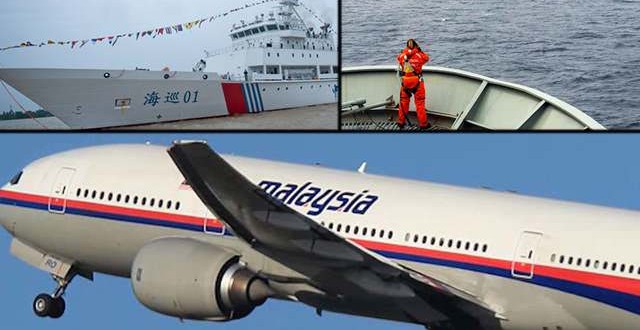 A Chinese ship involved in the search for the missing Malaysian Airlines plane has detected a pulse signal in the southern Indian Ocean, the Xinhua state news agency reported Saturday.

The pulse signal discovered by the Haixun 01 ship had a frequency of 37.5 kHz, the report said.

State broadcaster CCTV reported that it was still unclear whether the signal was from the black box of flight MH370, which holds vital information about the jet’s last hours.

The batteries in the black box last about 30 days, meaning that the device is technically able to send signals until early next week.

The Australian-led joint agency coordinating the search for the missing jetliner says the signals are consistent with those of an aircraft’s “black box,” but Australian Air Chief Marshal Angus Houston said the agency cannot verify any connection between the signals reported by China and Malaysia Airlines Flight 370.

Houston says the joint agency also has no confirmation that floating objects spotted by the crew of a Chinese search plane some 50 miles from where the pulse was detected are related to the missing aircraft.

A former member of the National Transportation Safety Board calls the report “exciting,” but John Goglia cautioned that “one ping doesn’t make a success story.”

He said more exploration is needed to determine whether the signal is coming from the missing jetliner.

“There is an awful lot of noise in the ocean,” he said.

Another expert says the 37.5 kilohertz pulse was selected for underwater locator beacons on black boxes because there is nothing else in the sea that would naturally make that sound.

But William Waldock said it’s possible it could be “an aberrant signal” from a nuclear submarine if there was one in the vicinity.

Web articles – via partners/network co-ordinators. This website and its contents are the exclusive property of ANGA Media Corporation . We appreciate your feedback and respond to every request. Please fill in the form or send us email to: [email protected]
Previous: Courtney Love Wants to Do a Kurt Cobain broadway Musical
Next: Tyler Florence buys new house in Corte Madera