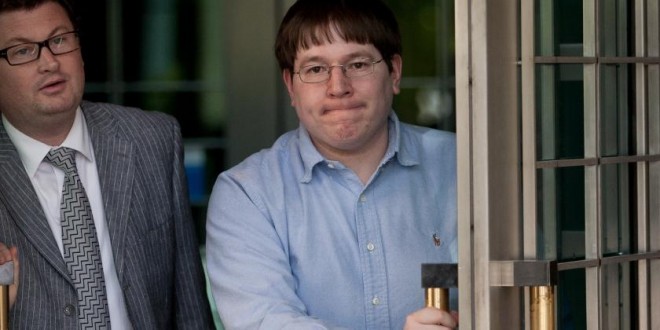 A tweet from Keys around the time the verdict was handed down simply said, “That was bullshit.” Keys faces up to 25 years in prison, though reports indicated that the U.S. Attorney’s office will seek less than five years. He also faces up to $750,000 in fines. A date for a sentence hearing is currently unknown.

Matthew Keys was indicted in 2013 after allegedly giving hacktivist group Anonymous vital login data for systems at his then-employer, Tribune Co. The information allowed the group to access the web publishing platform of the Los Angeles Times, a Tribune publication.

The hack, which occurred over two days in December 2010, resulted in the altering of an L.A. Times post on House Democrats to read in part, “Pressure Builds in House to Elect CHIPPY 1337.”

Keys, now 28, was charged with several counts of conspiracy to transmit information to damage a protected computer.

After leaving Tribune, Keys held a similar social-media job at Reuters; he was terminated from that job after his indictment.

His attorneys did not immediately return TheWrap’s request for comment.
Reports say he intends to appeal the verdict.

Web articles – via partners/network co-ordinators. This website and its contents are the exclusive property of ANGA Media Corporation . We appreciate your feedback and respond to every request. Please fill in the form or send us email to: [email protected]
Previous: Cargo Ship: El Faro search ends, Coast Guard says (Video)
Next: Michigan Woman draws gun, shoots at shoplifter’s SUV at Home Depot “Video”