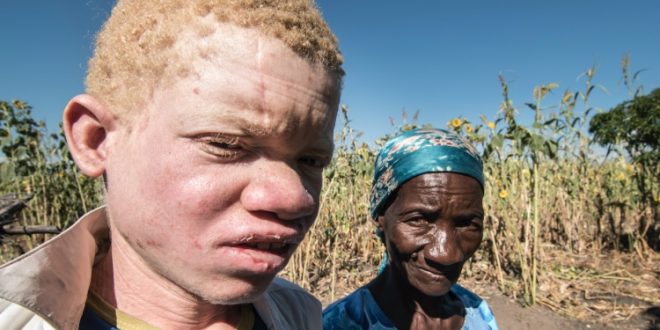 Malawi: Albino Deaths for Body Parts On the Rise, Report

Malawi: Albino Deaths for Body Parts On the Rise, Report

Human rights group Amnesty International has accused Malawi of a systematic failure in policing following the abduction and killings of several albino men, women and children in recent months.

In a recent report, Amnesty International has declared that Malawi government has failed to protect people with albinism. The report also demands the authorities do more to punish those responsible deeply disturbing pattern of disappearances and killings of the vulnerable group.

It is believed that albino body parts are sold for various reasons, including including witchcraft. There is also a local myth that having sex with an albino cures HIV.

People with albinism in Malawi are at risk of “systemic extinction” due to relentless attacks so their limbs can be used in witchcraft, said the United Nations’ expert on albinism.

The report titled, “We Are Not Animals to be Hunted or Sold: Violence and Discrimination Against People with Albinism in Malawi,” expresses fear that “the unprecedented wave of brutal attacks against people with albinism has created a climate of terror for this vulnerable group and their families.”

Though the government claims to have taken action and have policies in place to combat the issue, the report states otherwise. “Some perpetrators have been arrested, charged and convicted, but the majority of crimes remain unresolved. Charges and penalties often have not been commensurate with the gravity of the crimes, creating a sense of impunity,” it states.

“The time has come for the government of Malawi to stop burying its head in the sand and pretending that this problem will just go away,” says Deprose Muchena, Amnesty International’s director for southern Africa.

Some believe that albinos have magical powers. In fact, there is an entire black market for albino body parts, as they are thought to be a potent magical ingredient that could bring luck to the user.

There are further issues that arise when there is lack of education about albinism. Fathers often suspect the mother of the albino child of infidelity with a white man, or people think the child is the ghost of a European colonist.

“The images that you see, where they hack off their hands, their feet, it’s so difficult to understand what goes on in such a mind to commit such a heinous crime against an innocent human being, merely because they look different,” says Simeon Mawanza, lead researcher of the report.

Another recent report titled “Reported Attacks of Persons with Albinism” reviewed 180 countries and listed 172 recent killings and 276 other attacks, all within 25 African countries.

Approximately one in every 20,000 children is born with albinism — a genetic disorder that leaves people with little or no pigment in their skin or eyes — but the condition is more common in Tanzania where around one in 15,000 people carry the gene.

Web articles – via partners/network co-ordinators. This website and its contents are the exclusive property of ANGA Media Corporation . We appreciate your feedback and respond to every request. Please fill in the form or send us email to: [email protected]
Previous: Theresa Saldana: The Commish Co-Star dead at age 61
Next: One of two Trudeau nannies will be let go July 1