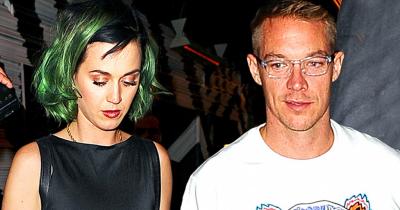 She’s been linked to just about every celebrity we can think of at this point, but it looks like those rumors of Katy Perry and Diplo dating may actually be true.

After confirming her split with ex John Mayer and joking that she was using the social flirting app Tinder, Katy was spotted with the DJ and producer in NYC.

A source said: “They were very affectionate, very lovey-dovey.

“[When they weren’t all over each other, they were constantly looking at each other.”

However, the pair ensured they weren’t pictured together as they left the bash.

The source added to People: “As they departed, they quickly separated. She didn’t want it to look like they were together, but they were.”

The following evening, Katy – who was previously married to Russell Brand and split from John Mayer earlier this year after 18 months of dating – attended a birthday party at 1Oak, where Diplo was performing.

While the ‘Part of Me’ hitmaker seems smitten with the producer, friends are worried the romance could lead to her getting hurt again.

One worried pal told the Daily Mirror newspaper: “Diplo always has girls throwing themselves at him, and it’s fair to say he has his fun partying with them.

“But he’s also got a three-year-old son with his on-off girlfriend that he doesn’t see that often as he’s on tour a lot.

“He also had a public fallout with his other ex, MIA, who he dated for five years, so Katy’s friends are worried she could end up getting hurt – again – by a guy who’s seen as a bit of a lothario.”

Web articles – via partners/network co-ordinators. This website and its contents are the exclusive property of ANGA Media Corporation . We appreciate your feedback and respond to every request. Please fill in the form or send us email to: [email protected]
Previous: Man dead in Brampton stabbing, Report
Next: 50 mummies found in Egypt’s Valley of the Kings