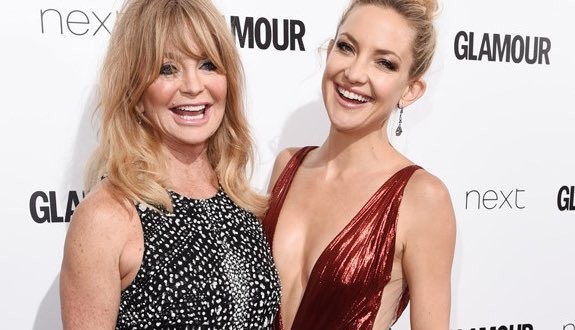 Kate Hudson thanked her mum Goldie Hawn for her inspiration as she picked up a Glamour Award.

Oscar nominated actress Kate Hudson brought her mum Goldie Hawn, 69, along as her date to the annual bash, where Kate picked up the Entrepreneur of the Year Award as her proud mother cheered her on. 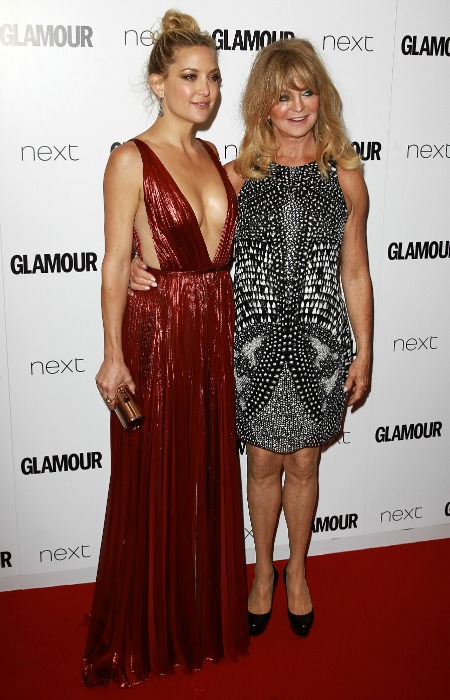 Speaking to Glamour ahead of the awards, she said: “When I go with mum, it just makes everything easy. It’s calming and grounding and then I’m looking after her. She’s the livewire in the bunch so it gets my mind off everything else! I love it!”

Kate Hudson, 36, was honoured for her role in co-founding sportswear range Fabletics, which describes itself as a high quality fitness wear brand that is also affordable.

She was presented her prize by Topshop boss Sir Philip Green.

Kate turned heads in a very risque, plunging red dress by J. Mendel, while Goldie looked as fabulous as always in her embellished minidress.

As well as attending the Glamour Awards, the pair also made an appearance at a charity dinner hosted by Goldie at Annabel’s in London.

Goldie’s Love-In For The Kids Fundraiser Dinner 2015 was organised in partnership with The Hawn Foundation, which aims to expand education for children worldwide.

Web articles – via partners/network co-ordinators. This website and its contents are the exclusive property of ANGA Media Corporation . We appreciate your feedback and respond to every request. Please fill in the form or send us email to: [email protected]
Previous: CRTC : Canadians Able to Terminate Long Contracts without Penalty
Next: Stroke Report 2015: Majority of Canadians can’t identify stroke risk factors